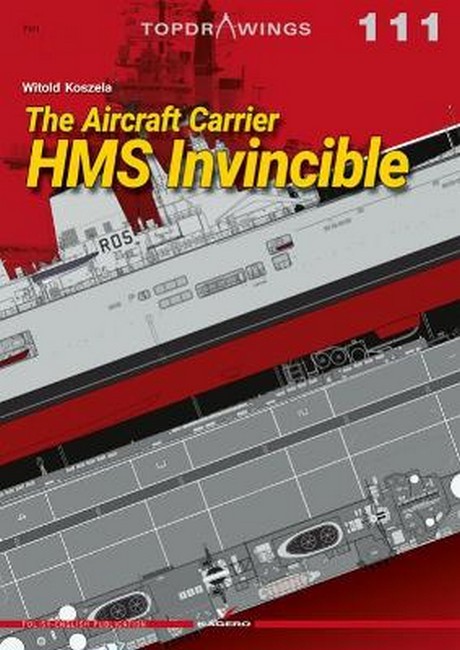 HMS Invincible was the lead ship of a class of British light aircraft carriers built between 1973 and 1985, originally designed as "through-deck cruisers" (TDC). This set them apart from conventional helicopter-carrying ships of the time, which typically featured a flight deck in the aft section of the vessel. Invincible-class carriers were the worlds largest warships powered by gas turbines and featured a modular design which allowed replacement and upgrades of various elements of propulsion system and equipment without the need for any structural modifications of the hull. A characteristic feature of the Invincible class was a "ski-jump" ramp at the end of the flight deck designed for VSTOL Sea Harriers, which at that time were state-of-the-art combat platforms. As designed, the ship was to carry five Sea Harriers and nine Sea King helicopters (six ASW variants and three transports). drawing sheets, colour profiles.