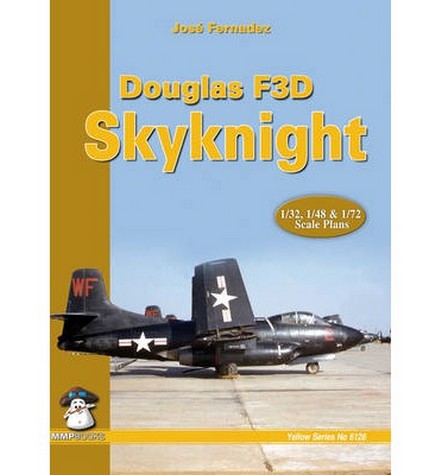 The F3D was designed after World War II as a carrier-based all-weather night fighter aircraft. It saw service with the United States Navy and United States Marine Corps. While it never achieved the fame of the F-86 Sabre or other contemporary aircraft, it downed several MiG-15s as a night fighter over Korea with only one air-to-air loss. It also served as an electronic warfare platform in the Vietnam War. The design, development and operations of these aircraft are described in detail, illustrated with many previously unpublished photographs. Colour schemes and markings are described and illustrated with full colour profiles; includes fold-out plans in 1/72 and 1/48 scale.