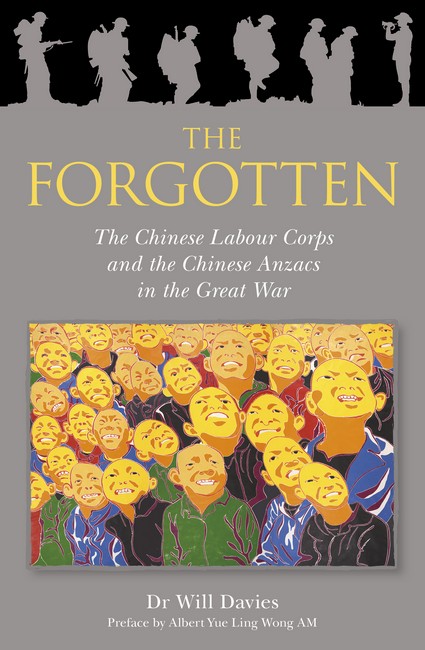 The Forgotten explores an often-overlooked part of Australia’s rich and diverse history – the service and sacrifice of the Chinese Labour Corps who worked under the British and French on the Western Front during the First World War. It puts the story of the Chinese Labour Corps into the broader history of China’s encounters with western European nations since the 1700s. A part of that story includes the large numbers of Chinese people who immigrated to Australia during this period. It was the sons, grandsons, and great-grandsons of these Chinese settlers who volunteered to fight for Australia during the First World War. Those men are the Chinese Anzacs. The Forgotten celebrates the shared history between China and Australia and the combined efforts to promote peace.

Following his graduation in 1972, Will Davies entered the Australian film industry and spent the next 37 years working as an independent producer of mainly historical documentaries and series for the ABC and SBS. He retired in 2010. He began writing books with the first published in 2012 and to date has had ten books published. He was a member of the NSW Anzac Council, leads battlefield tours to the Western Front and has served on a number of boards. In 2018 he was awarded a Ph.D from the ANU and among other projects, is working to build a war memorial school in the French village of Pozieres.