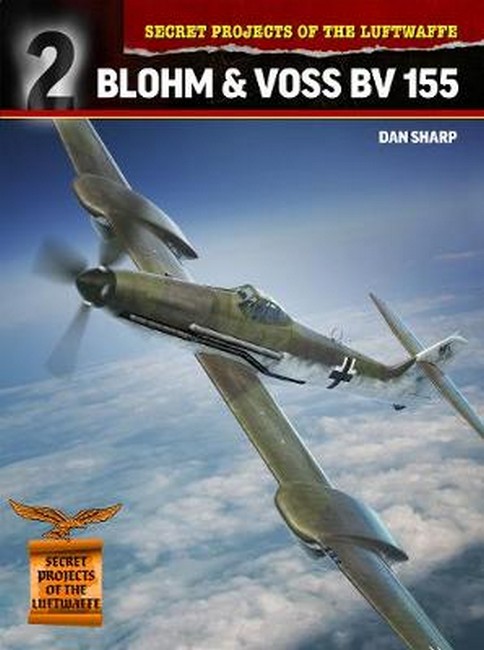 by Sharp, Dan Code: 58062 Format: Paperback Publication date: 18/01/2020 Availability: In Stock. Usually dispatched same business day from Sydney, Australia Price: AU $29.95
The story of the Messerschmitt Me 109's ultimate development, the Blohm & Voss BV 155, begins in 1942 with plans to split the Me 109 family into three branches - a standard fighter, a high-altitude fighter and a carrier-based fighter. Initially these were known as the Me 409 but later became the Me 155 A, B and C. The project was given to the French to develop, where it stalled. But when Germany got its first taste of what the USAAF's bomber force was capable of - suffering huge damage to its war-critical industries as a result of massed raids on its factories and cities - work on the Me 155 B was recommenced as a matter of urgency. With the Me 262 consuming most of Messerschmitt's design capacity, the project was then passed on to a sub-contractor: Blohm & Voss. Richard Vogt, B&V's chief designer, quickly realised that Messerschmitt had made very little progress on the design and was forced to begin again almost from scratch. In just over a year, a prototype was built and flown - but the war ended before production could begin.
Format: Paperback
Availability: In Stock. Usually dispatched same business day from Sydney, Australia
Publisher: MORTONS MEDIA GROUP
Publication date: 18/01/2020
Country of publication: UNITED KINGDOM
Weight: 360 g
Dimensions: 246.00mm X 183.00mm
Code: 58062