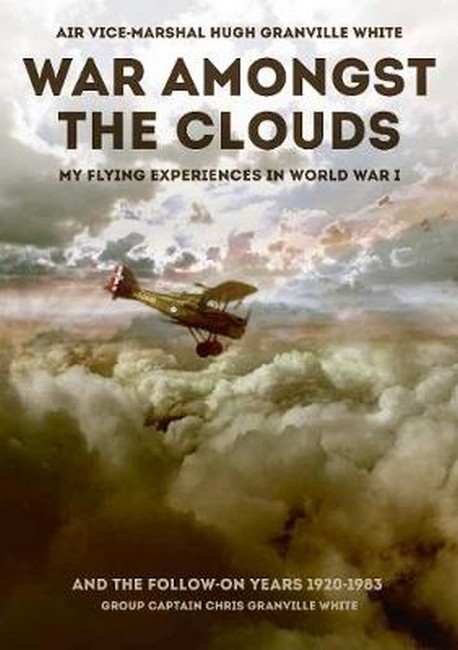 War Amongst the Clouds

My Flying Experiences in World War I and the Follow-On Years by Granville White, Hugh Code: 57029 Format: Hardback / 224 pages Publication date: 15/09/2019 Availability: Available. Usually dispatched from UK 1-2 business days Price: AU $40.74
This is a story written by a young man who trained as a pilot, and then flew with the Royal Flying Corps in France during the First World War, eventually to become an ace. It is one of survival against the odds at a time when the conduct of air operations depended so much on individual skills, innovation, courage - and luck. Hugh White flew F.E.2D Scout aircraft as a reconnaissance patrol pilot and later in the war was promoted to squadron leader of squadrons flying the S.E.5a which was Britain's best fighter aircraft at the time. During the two years of flying, he experienced and survived a series of escapades including a dramatic mid-air collision with the enemy. Told by Hugh in his own words, he gives a unique insight into war in the air. With the break-up of his squadron and being reduced to a substantive rank - simply because of his young age, Hugh's writing ends in 1919. From this point, the story is continued by his younger son Christopher. He describes Hugh's life and RAF career from flying in India during the 1920s through the Second World War until his retirement as an air vice-marshal in 1955. This book includes a foreword by Sir Frederick Sowrey (Hugh's nephew) which puts Hugh White's early wartime service into context. It is a timely reminder, following the centenary of the end of the First World War, of the difficulties that young pilots faced at the time. A must-read for those interested in wartime exploits.
Format: Hardback
Pages: 224
Availability: Available. Usually dispatched from UK 1-2 business days
Publisher: GRUB STREET
Publication date: 15/09/2019
Country of publication: UNITED KINGDOM
Weight: 0 g
Dimensions: 210mm X 148mm
Code: 57029