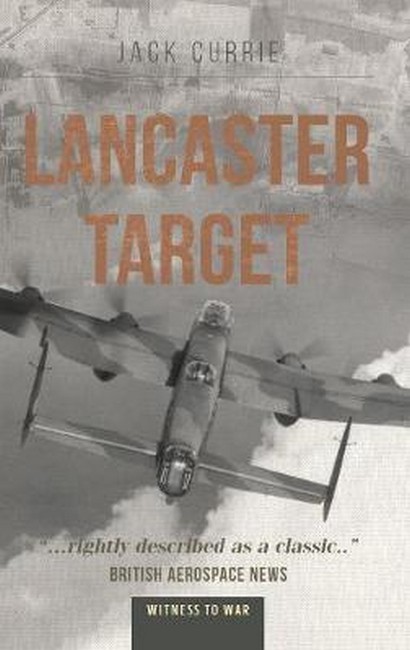 This is a welcome reissue of a book which has been described as one of the best accounts about life in Bomber Command during World War II. Lancaster Target is the classic story of one crews fight to survive a full tour of operations in the night skies of wartime Europe. Flying Lancaster bombers from RAF Wickenby in Lincolnshire between 1943 and 1944, Jack Currie chronicles the life and death struggles against flak, night fighters and perilous weather with clarity and feeling, whilst capturing the live for the moment spirit of off-duty escapades. Jack Currie DFC served as a stretcher bearer and later ambulance driver during the London Blitz before gaining his wings in the USA. Having completed his first perilous operational tour of 30 missions in Lancasters, he went on to serve as a Pathfinder Mosquito pilot. He remained in the RAF after the war eventually reaching the rank of Squadron Leader. After he left the service, he became a renowned aviation writer and broadcaster and appeared in a number of TV and video productions.