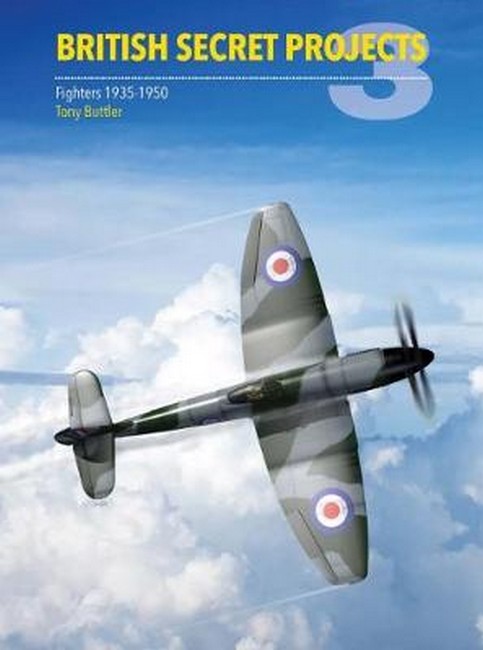 by Buttler, Tony Code: 55559 Format: Hardback / 208 pages Publication date: 16/01/2019 Availability: In stock at supplier. Usually dispatched 7-15 business days Price: AU $69.95
The British Secret Projects series covers the design and development of UK military aircraft since the mid-1930s with strong emphasis on designs that were never built, particularly those types generated by the various design competitions held. The original Volume Three (Fighters and Bombers 1935 to 1950) has now been split into separate volumes with this book covering fighters and a new Volume Four in preparation solely devoted to bomber designs. This split has allowed space for the inclusion of much new information and many new photographs. This book describes the design and development of the British fighter from the end of the biplane fighter to the start of the jet era. The projects and programs which feature in its pages begin with those prepared in the mid-1930s in the knowledge that war was coming and go through to some which appeared after the war had ended. During this period the art of fighter design took some big and important steps forward and here can be found fixed-gun fighters and turret fighters, in both single and twin-engine form, plus the first generation of jet fighters. Types such as the Folland Fo.118 and the Westland P.13 and many more which were designed to meet the requirements of both the Royal Air Force and the Fleet Air Arm are included. As with the companion volumes, the author has undertaken extensive research and made full use of primary source material. Three-view drawings plus photographs of models or original artist's impressions combine to show how these unbuilt designs would have appeared. Data and appendices summarize the projects, contracts and specifications and provide a detailed insight into many fascinating aircraft.
Format: Hardback
Pages: 208
Availability: In stock at supplier. Usually dispatched 7-15 business days
Publisher: CRECY
Publication date: 16/01/2019
Country of publication: UNITED KINGDOM
Weight: 1021 g
Dimensions: 279.00mm X 211.00mm
Code: 55559