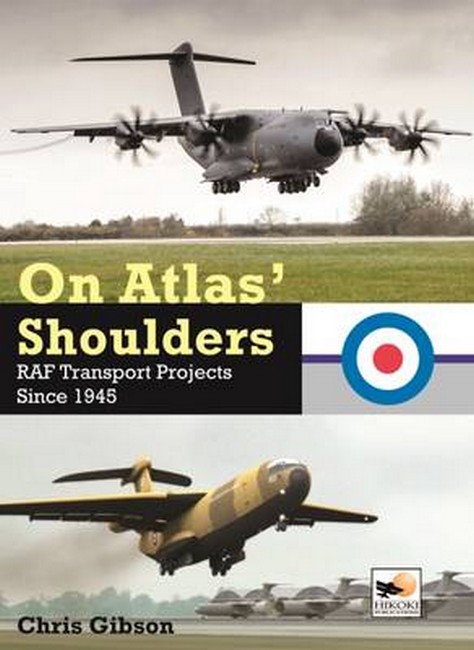 RAF Transport Aircraft Projects Since 1945 by Gibson, Chris Code: 47359 Format: Hardback / 176 pages Publication date: 31/10/2016 Availability: Available. Usually dispatched from UK 1-2 business days Price: AU $59.90
In August 1945 RAF Transport Command found itself with almost 2000 C-47 Dakotas acquired under Lend-Lease that had to be returned, destroyed or paid for. This left the RAF with converted bombers such as the York and Halifax C.VIII or, in the Far East, interned Japanese aircraft including the Ki.48 Lily, Post war, Britain's aircraft industry embarked on equipping RAF with the full range of transport aircraft which could carry troops and cargo to the Far East and Australia.On Atlas' Shoulders describes how the lessons of WWII were absorbed and design studies and aircraft projects including the Beverley, Vickers' V.1000 and Type 799, the Argosy and HS.681 V/STOL transport or the Britannia, HP.111, VC10 and Belfast. On Atlas' Shoulders also explains how the RAF developed their transport force from the late Sixties to today's precision delivery of equipment to forward operating bases in Afghanistan and beyond.The Mounting Base strategy followed with proposals for long-range transports such as the HP.135, Jet Belfast and VC10 developments whilst at the opposite end of the scale, liaison and observation aircraft such as the Pioneer were soon overtaken by the helicopter, culminating in the Wessex, Puma and Chinook. Illustrated throughout with photographs, drawings and specially commissioned artwork, On Atlas' Shoulders is a unique reference to the aircraft and technologies developed for logistics support of the British armed forces since 1945.
Format: Hardback
Pages: 176
Availability: Available. Usually dispatched from UK 1-2 business days
Publisher: HIKOKI PUBLICATIONS
Publication date: 31/10/2016
Country of publication: UNITED KINGDOM
Weight: 1191 g
Dimensions: 297mm X 210mm
Code: 47359