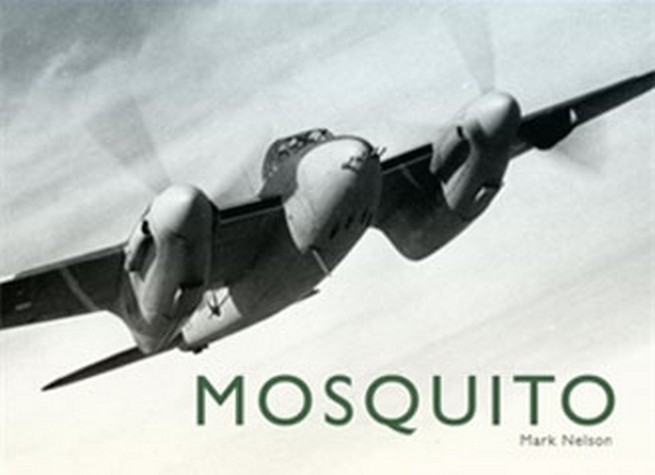 by Mark Nelson Code: 25630 Format: Hardback / 128 pages Publication date: 01/08/2012 Availability: Sold Out Price: AU $39.95
In this exciting new title the author tells the story of the de Havilland Mosquito and those who flew it. Enshrined in history as the 'wooden wonder', the de Havilland Mosquito was arguably the most beautiful aircraft ever built and also to fly. Loved and respected by its flight crew and opponents respectively, it is one of the iconic aircraft of World War 2. Although originally designed as a bomber for the RAF, its performance rivalled that of most fighters of the time and the Mosquito undertook a range of duties unsurpassed by any other military aircraft - daytime tactical bomber, night-time high altitude bomber, day and night fighter, photo - reconnaissance and pathfinder. The original conception of the Mosquito was unusual - to make use of the spare capacity in Britain's furniture making industry to construct a wooden aircraft - but once the aircraft took to the skies it was an immediate sensation. It could carry a huge range of hardware yet keep speed and manoeuvrability and its construction gave it ruggedness and an ability to bring its crew home. The aircraft is associated with some of the most famous names of World War 2 - such as Guy Gibson and Leonard Cheshire - as well as some of the most daring operations of the war, such as the low level daylight raids on Amiens prison in 1944. On the Gestapo headquarters in the Hague in 1944 and the Gestapo headquarters in Copenhagen in 1945. In addition the Mosquito flew thousands of everyday pathfinder, bombing, night fighter, photo - reconnaissance sorties with great precision and a far lower rate of losses than most other aircraft. Combining 150 superb historical and present day photographs with in depth and descriptive content, this title is sure to be a hit amongst aviation enthusiasts worldwide.
Format: Hardback
Pages: 128
Illustration: COLOUR THROUGHOUT
Availability: Sold Out
Publisher: DLS AUSTRALIA
Publication date: 01/08/2012
Country of publication: AUSTRALIA
Weight: 880 g
Dimensions: 150mm X 150mm
Code: 25630