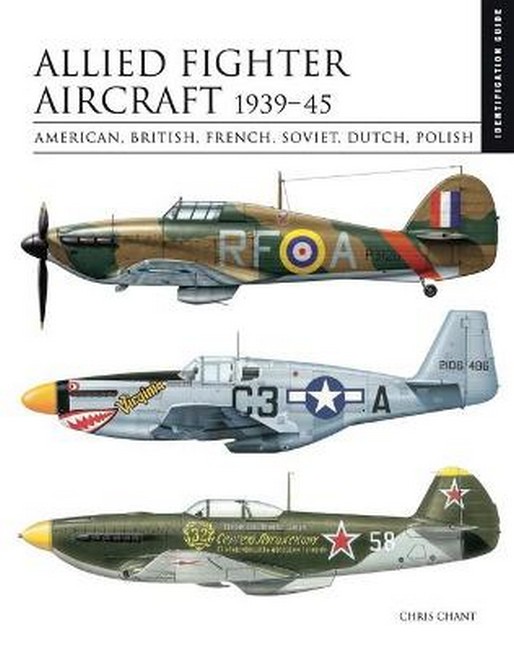 Allied Fighters 1939-45 offers an highly-illustrated guide to Allied fighter aircraft that fought in Europe during World War II. Featuring all the main models flown by the Allied air forces from 1939 to 1945, the book offers a wealth of detail, including unit markings, organization, numbers of aircraft flown by campaign and exhaustive specifications for each model.
The book is arranged first by country and then chronologically by campaign so that every aspect of the air war in Europe is covered. The guide features fighters from throughout World War II, including early models, such as the Morane Saulnier MS.406C.1, Hawker Hurricane Mk I and Fokker D XXI, and the most advanced fighters of the period, such as the Lavochkin La-7, P-51K Mustang and Gloster Meteor Mk I.The book also covers aircraft that were used for air-to-air combat (Supermarine Spitfire), ground attack (P-47 Thunderbolt), bomber escort (P-51B Mustang), night defence (Bristol Beaufighter) and photographic reconnaissance (P-38 Lightning).
Packed with more than 200 profiles and dozens of archive photographs of every major Allied fighter aircraft, Allied Fighters 1939-45 is a core reference volume for modellers and World War II aviation enthusiasts.

Chris Chant is an aviation expert of more than 25 years experience who specializes in the history of aircraft in World War II.