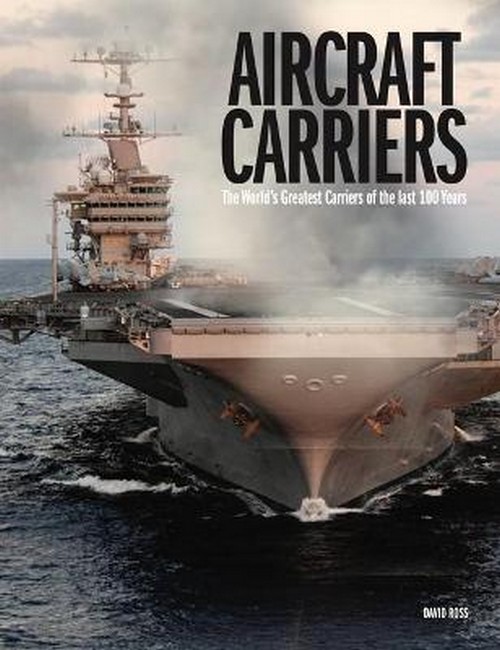 On 9 May 1912 the first airplane take-off from a ship was made from the deck of the HMS Hibernia. In July 1918, seven Sopwith Camels launched from the converted battlecruiser HMS Furious damaged the German airbase at Tonder and destroyed two zeppelins. The age of the carrier was born. In the interwar years the Lexington, Akagi and Courageous-class carriers were developed, but it was only during World War II that the aircraft carrier finally came into its own. Fleet carriers carrying 30-40 aircraft allowed the Japanese and US navies to project air power across the vast Pacific Ocean, with the Japanese raid on Pearl Harbor presaging a new kind of warfare. With the sinking of hundreds of ships during World War II, including the German battleship Bismarck in 1941, by the end of the war carriers ruled the waves and the era of the battleship had passed. Aircraft Carriers features 52 of the most significant flat tops and amphibious assault ships built since the 1920s until the present day, from the USS Yorktown, which survived direct hits during the battle of Midway (1942), through the Falklands War veteran HMS Invincible, to the mighty Nimitz class, the core of the US Navys carrier battle groups today. Also included are significant amphibious assault ships, such as the USS Tarawa and French Mistral. Each entry includes a brief description of the ships development and history, a colour profile view or cutaway, key features and specifications. Packed with more than 200 artworks and photographs, Aircraft Carriers is a colourful guide for the naval warfare enthusiast.