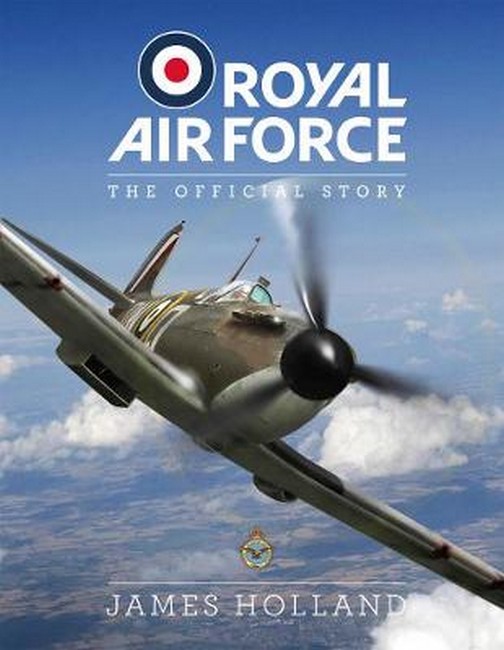 Royal Air Force: The Official Story is the most up-to-date official history of the Royal Air Force - the oldest airforce in the world. From its genesis in the horrors of the First World War when pilots were open to the elements in craft made of little more than wood and fabric, to the iconic air battles of the Second World War, through to the lifesaving missions carried out in todays trouble zones, this book looks at the men, women and aircraft that are at the heart of this great service. With unique access to the RAFs historic archives, bestselling historian James Holland uses photographs and documents to bring the story of the people, planes and missions to life as never before.

James Holland is an historian, writer and broadcaster. The author of a number of best-selling histories including Battle of Britain and Dam Busters, he has also written nine works of historical fiction, including the Jack Tanner novels. He has presented - and written - a large number of television programmes and series for the BBC, Channel 4, National Geographic, History and Discovery. He is co-founder of the Chalke Valley History Festival and co-founder of WarGen.org an online Second World War resource site, and presents the Chalke Valley History Hit podcast. A fellow of the Royal Historical Society, he can be found on Twitter and Instagram as @James1940