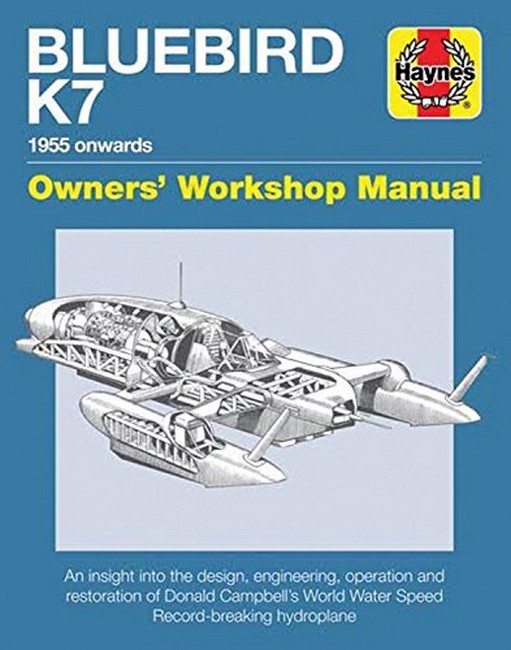 The Bluebird K7 is the turbojet-powered hydroplane with which Donald
Campbell set seven World Water Speed records in 1950s and 60s. Campbell
lost his life in the much-modified K7 on 4 January 1967 on Coniston Water
during an attempt to raise the record above 300mph. Both K7 and Campbell’s
body remained at the bottom of Coniston Water for 34 years, until a recovery
operation began in October 2000. Campbell’s remains are now buried at a
church in Coniston, while the wreckage of K7 was donated to the Ruskin
Museum by Campbell’s daughter, with the intention of restoring the craft to running order. This heavily illustrated
book provides a unique insight into the design, construction and operation of the original hydroplane, and the
ongoing processes involved in its restoration today.

David Tremayne, motor racing correspondent for The Independent, has written a number of well-received titles
for Haynes including Rubens Barrichello: In the wheeltracks of Senna, The Science of Formula 1 Design and The
World’s Fastest Diesel. He is an acknowledged expert on both land and water-speed record attempts. He lives in
Derbyshire. Cover Image, specifications and price are provisional and may be subject to change.