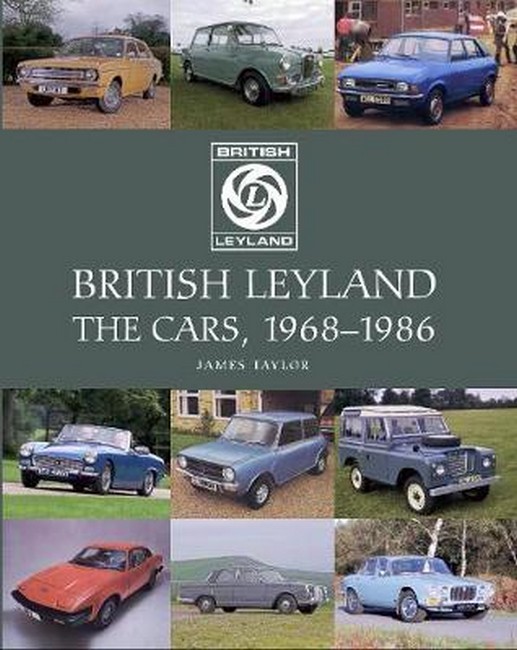 The Cars, 1968-1986 by Taylor, James Code: 50985 Format: Hardback / 192 pages Publication date: 04/03/2018 Availability: Available. Usually dispatched from UK 1-2 business days Price: AU $59.99
In 1968, British Leyland brought together most of Britain's motor manufacturers, with the intention of creating a robust unified group that could equal the strength of the big European conglomerates. But this was not to be. There have been many books about the politics and the business activities of British Leyland, but British Leyland - The Cars, 1968 - 1986 looks deliberately at the cars that came from the company, both the models it inherited and it created. The eighteen years of the corporation's existence saw a confusing multitude of different car types, but this book resolves these confusions, clarifying who built what, and when. The book takes 1986 as its cut-off point because this was the year that the old British Leyland ceased to exist and what was left of the car and light commercial business was renamed the Rover Group.
Format: Hardback
Pages: 192
Illustration: COLOUR SECTION(S)
Availability: Available. Usually dispatched from UK 1-2 business days
Publisher: THE CROWOOD PRESS LTD
Publication date: 04/03/2018
Country of publication: UNITED KINGDOM
Weight: 935 g
Dimensions: 280mm X 215mm
Code: 50985