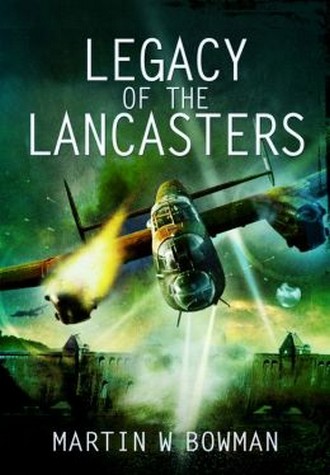 Legacy of the Lancasters

by Bowman, Martin Code: 31120 Format: Hardback / 256 pages Publication date: 23/12/2013 Availability: Available. Usually dispatched 1-2 business days Price: AU $75.00
Young or old, everyone has heard of the Lancaster bomber. Such is the legacy handed down by this aviation icon that although it is not the most numerous aircraft ever built - two are still flying today, one in Britain and another in Canada with many proudly displayed in museums throughout the world - it is up there with the Spitfire and the Flying Fortress in terms of affection, nostalgia and lasting fame. The legendary Lancaster has bequeathed to the world an invaluable heritage beloved of generations of movie-goers, air show enthusiasts, readers of fine literature and historians alike. Exploits such as the famous low-level raid by 617 Squadron on Germany's hydro electric dams on the night of 16/17 May 1943, the nightly raids on Germany and the sinking of the Tirpitz in 1945 are all without equal. During the 50th anniversary of the raid in 1993, more than 70,000 people thronged Derwent Water to watch the BBMF Lancaster roar over the same dam that 617 practiced on shortly before the raid on 16/17 May 1943. As we approach the 70th Anniversary of the raid, such scenes will no doubt play out once again. It seems timely therefore that such a history should be recorded, charting the course of the Lancaster's career in the skies and the legacy it continues to provide for new generations of aviation enthusiasts and pilots. The text is supplemented throughout by a library of black and white images that work to evoke a real sense of the scale and majesty of this iconic craft.
Format: Hardback
Pages: 256
Illustration: COLOUR THROUGHOUT
Availability: Available. Usually dispatched 1-2 business days
Publisher: PEN & SWORD
Publication date: 23/12/2013
Country of publication: UNITED KINGDOM
Weight: 0 g
Dimensions: 234mm X 156mm
Code: 31120