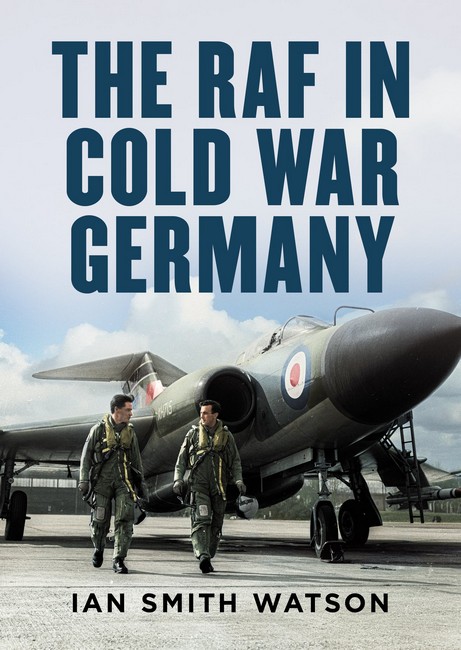 The RAF in Cold War Germany

In May 1945 with the war in Europe at an end, Britain had to play her part in the occupation of the defeated Germany. The near-bankrupt country was hard-pressed to maintain such a military presence on the continent and still manage our other out commitments across the Mediterranean, Middle and Far East. As the immediate post-war years came to pass, Britain and other western powers found themselves reviewing their relationship with the key victor in the east: the USSR. A defining moment came in 1948 when the Soviet Union attempted to starve the people of West Berlin to the point of being relinquished to their fate by the Western allies. Following a sterling and stubborn effort to keep the city supplied with the minimum materials and food the Soviet exercise ended in 1949. But the parameters were now set, the Iron Curtain had descended across the continent, and the RAF were to maintain a constant vigil with nuclear-armed aircraft on station ready to respond to Soviet aggression for the next four decades while politicians tried desperately to preserve the peace.

Ian Smith Watson was born in Irvine, Ayrhire, in 1960. He grew up in Scotland and Yorkshire and attended Shelley High School in Huddersfield before joining the RAF as a radar operator in 1977 until 1990. He later worked in Saudi Arabia, contracted to the Royal Saudi Air Force through the GENA (Ground Environment Navigational Aids) program. Watson has written four previous books: The RAF at Home for Pen & Sword and Fading Eagle, Northern Q: The History of RAF Leuchars, and History of the Gloster Javelin: The First All-Weather British Fighter with Fonthill Media.