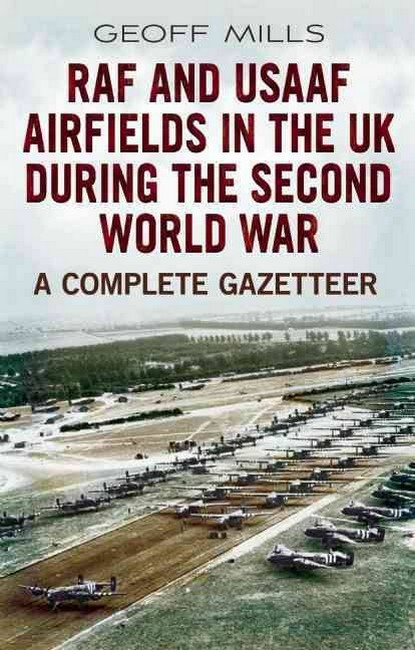 A Complete Gazetteer by Geoff Mills Code: 70095 Format: Hardback / 768 pages Publication date: 10/06/2022 Availability: In stock at supplier. Please contact us for availability details Price: AU $112.00
Shortly after the end of the Second World War, the United Kingdom was described as one vast aircraft carrier anchored off the coast of Europe. During a seven year period 500 airfields were constructed to serve the needs first of the RAF and later the USAAF as they carried the war to German-occupied Europe. The airfields that were constructed took many different forms from training airfields and Advanced Landing Grounds to grass fighter airstrips and vast complexes used to accommodate heavy bombers. This book charts the history of each Second World War airfield in and around the UK providing a unique insight in to the construction, operational life and post-war history of each airfield. Alongside detailing the history of each airfield, this work comprehensively records the details of each unit that operated from airfields around the UK. The information provided in this meticulously researched book is supported by a wealth of 690 photographs providing an illustration into the life of each wartime station.
Format: Hardback
Pages: 768
Illustration: B&W THROUGHOUT
Availability: In stock at supplier. Please contact us for availability details
Publisher: FONTHILL
Publication date: 10/06/2022
Country of publication: UNITED KINGDOM
Weight: 2045 g
Dimensions: 248.00mm X 172.00mm
Code: 70095

Geoff Mills, the inspiring spirit behind this book, has spent many years researching the Second World War airfields of the United Kingdom. When asked why he undertook the task he said: 'Why did I write this? To me it is simply because in years to come no one will remember the endeavours or sacrifices that the men and women based at these stations made in their youth, and without a reference to where these stations were its 'another nail in the coffin' as most now are disappearing under the plough.' Not only do I dedicate this book to all those that flew from these airfields, some never to return, but also to my wife, Eileen. Daniel Knowles was born in Newcastle-upon-Tyne and has been interested in history since the age of eight. The main focus of his historical interest is the Second World War. In 2016 he graduated with an honours degree in History and Politics from the University of Northumbria. His previous works include 'Tirpitz: The Life and Death of Germany's Last Great Battleship', 'HMS Hood: Pride of the Royal Navy', and 'Yamato'.