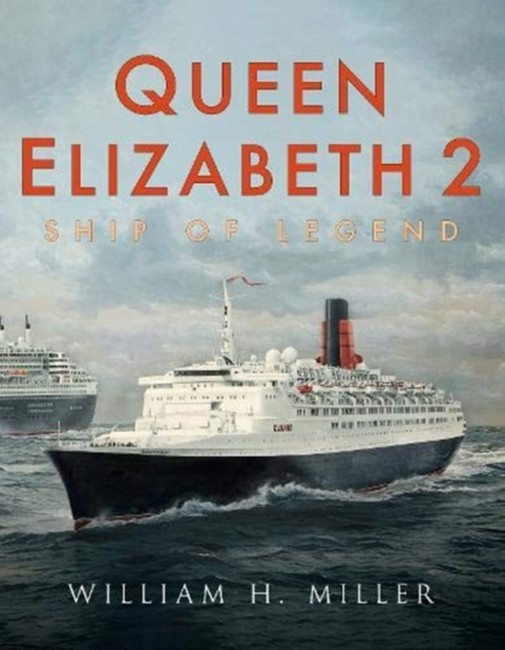 Ship of Legend by Miller, William H Code: 60659 Format: Paperback / 110 pages Publication date: 15/05/2021 Availability: Available. Usually dispatched from UK 1-2 business days Price: AU $48.40
The 1960s were, it was believed, the end of the era of transatlantic liners. Grand, graceful but aging luxury ships such as the 'Queen Mary' and 'Queen Elizabeth' were surpassed and outmoded by the new age of jet aircraft. By 1963, airlines had secured over 95 percent of all transatlantic travellers. But looking to the future, the historic Cunard Line believed that there was room for one more, last Atlantic super ship. Thus, came the ship which became the most successful super liner of all time, the 'Queen Elizabeth 2'. Fondly known as the 'QE2', she was launched and named by HM the Queen in 1967, entered service two years later and went on to sail for 39 years. She now resides in a museum & hotel like role out of Dubai. The 'QE2' is a lasting and fitting tribute to Cunard, to British shipping, to all ocean liners. This book has been created on the occasion of the 50th anniversary of the ship's maiden crossing (in May 1969) from Southampton to New York. A maritime icon, she well deserves yet another tribute!
Format: Paperback
Pages: 110
Illustration: COLOUR SECTION(S)
Availability: Available. Usually dispatched from UK 1-2 business days
Publisher: FONTHILL
Publication date: 15/05/2021
Country of publication: UNITED KINGDOM
Weight: 520 g
Dimensions: 275.00mm X 216.00mm
Code: 60659

Bill Miller has been dubbed 'Mr Ocean Liner'. He has written over 100 books about passenger ships, big, small, at war, and their interiors. He has also written over 1000 articles for newspapers & journals, received many maritime awards, been the subject of a video documentary and has lectured on over 100 different passenger ships. He was curator for ocean liners at New York's South Street Seaport Museum, did the database of ships for the Ellis Island Museum and hosted an ocean liner film festival.