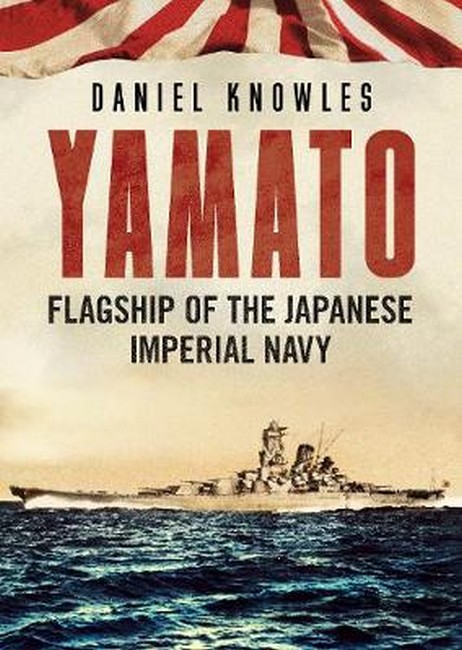 Flagship of the Japanese Imperial Navy by Knowles, Daniel Code: 60410 Format: Hardback / 224 pages Publication date: 01/05/2021 Availability: In Stock. Usually dispatched same business day from Sydney, Australia Price: AU $78.99
The 'Yamato' and her sister ship the 'Musashi' represented the ultimate development in the battleship. Together, the two ships were the heaviest and most powerfully armed battleships ever constructed. Named after the Yamato Province, 'Yamato' was designed to counter the numerically superior fleet of the US Navy. Built amongst a shroud of secrecy and deception and commissioned shortly after the outbreak of the war in the Pacific she was present at a number of engagements including the Battle of Midway and the Battle of the Philippine Sea. Despite having been designed to engage and sink enemy surface vessels, the 'Yamato' would only fire her unrivalled 18.1-inch guns at an enemy surface target on one occasion, in October 1944 during the Battle of Leyte Gulf. In the final months of the war, as Kamikaze aircraft targeted American landing fleets off Okinawa, the 'Yamato' herself embarked on a one way mission of sacrifice, in a last desperate roll of the dice in an attempt to wreak havoc on the landing forces around Okinawa, the last stepping stone prior to an invasion of the Japanese Home Islands. Despite being products of war from the moment of their construction the 'Yamato' and 'Musashi' occupied a unique which continues to this day.
Format: Hardback
Pages: 224
Illustration: COLOUR SECTION(S)
Availability: In Stock. Usually dispatched same business day from Sydney, Australia
Publisher: FONTHILL
Publication date: 01/05/2021
Country of publication: UNITED KINGDOM
Weight: 710 g
Dimensions: 248.00mm X 172.00mm
Code: 60410

Acknowledgements; Introduction; 1 Naval Arms Race; 2 Anatomy of the Yamato-Class; 3 Ships of the Yamato-Class; 4 Battleship Number One; 5 Hotel 'Yamato'; 6 The Hunter and the Hunted; 7 The Battle of Leyte Gulf; 8 Operation Ten-Go; 9 'Will you take them or shall I?'; 10 Aftermath; 11 Intelligence on the 'Yamato'; 12 The 1:10 'Yamato'; Appendix A; Appendix B; Appendix C; Endnotes; Bibliography; Index.