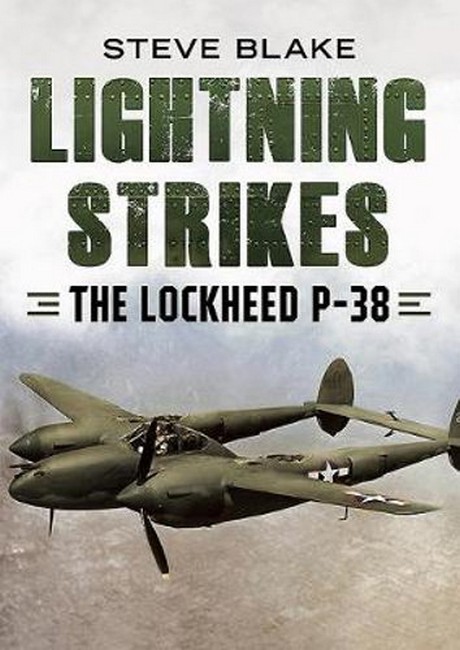 Lightning Strikes-The Lockheed P-38 tells the full story of one of the most successful and versatile aircraft of the Second World War. The P-38 (including its F-4 and F-5 photo reconnaissance models) eventually served with all the USAAFs numbered overseas air forces, from early 1942 to VJ Day. The book describes the Lightnings design and its technical details as it gradually evolved and improved, from the original XP-38 to its final variant, the P-38L-5. The main focus is on its service in the combat theatres, from the frigid, windswept Aleutian Islands in the North Pacific to the steaming jungles of the South Pacific and Southeast Asia, the burning sands of North Africa and the more temperate climes of Europe. All the units that flew the Lightning are included, as are the experiences of many of their pilots and groundcrewmen as they fought the Japanese Empire and the European Axis. Also related are the P-38s service with foreign (non-U.S.) air forces, its postwar commercial utilization as civilian aircraft and the surviving examples in museums around the world. The book is extremely well illustrated by over 400 high-resolution photographs, art work and graphics, and is supplemented by detailed appendices.