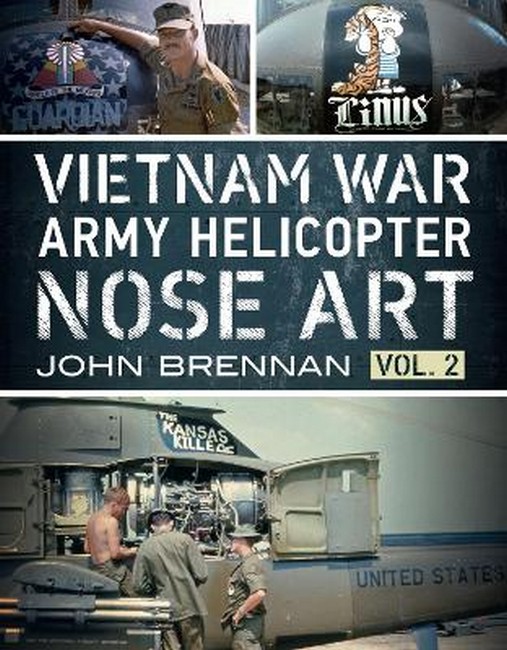 by John Brennan Code: 60801 Format: Paperback / 128 pages Publication date: 08/05/2021 Availability: Available. Usually dispatched from UK 1-2 business days Price: AU $53.99
Historian John D. Marshall wrote, "History is shaped by the memories of those who witness it, and the intentions of those who record it." Vietnam veteran Hiawatha Oakes wrote, "I can't thank you enough for your efforts in obtaining a photo of my H-21, the 'Blue Angel', and having it in your book. My family calls your book, "lost pieces of treasures found." These two quotations represent all that is relevant to the author in history gathering: the hard work and its rewards. Here in Volume 2 one will find equally astonishing photos on par with Volume 1, together with some self-help and researched info for sure to tease and delight the aficionado or veteran to unknown degrees. Besides the 165 images, there are search aids for locating one's former in-country Army helicopter. A listing is available of American sites where Huey & Cobra rides are available. The Army museum in Alabama offers a listing they have compiled of two-dozen recommended Huey photo-books. A tabulation of 300 AH-1 Cobra war survivors, their former units, and present location. Also offered is a database of 500 newly found in-country Army helicopter names. There's a little something for everyone.
Format: Paperback
Pages: 128
Illustration: COLOUR SECTION(S)
Availability: Available. Usually dispatched from UK 1-2 business days
Publisher: FONTHILL
Publication date: 08/05/2021
Country of publication: UNITED KINGDOM
Weight: 615 g
Dimensions: 275.00mm X 216.00mm
Code: 60801