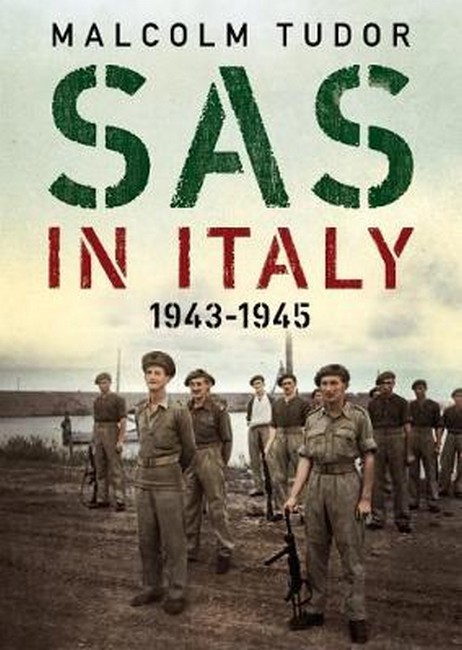 Raiders in Enemy Territory by Tudor, Malcolm Code: 55733 Format: Hardback / 208 pages Publication date: 08/11/2018 Availability: In Stock. Usually dispatched same business day from Sydney, Australia Price: AU $26.99 (was AU $44.99) You save AU $18.00
This is the story of Britain's elite special force in Italy during the Second World War. In the summer of 1943 the SAS came out of Africa to carry the fight to the Germans and Fascists in Sicily and the mainland. On the Italian Armistice and Surrender in September 1943 the originator of the SAS, Scots Guards lieutenant David Stirling, was a prisoner at the high-security prisoner of war camp five at Gavi in Piedmont, north-western Italy, after being captured in January in Tunisia. He eventually ended up as a prisoner at Colditz Castle in Germany, but his work continued. The idea of small groups of parachute-trained soldiers operating behind enemy lines to gain intelligence, destroy enemy aircraft, and attack their supply and reinforcement routes, was realised in the many daring missions carried out in Italy by the men of 2nd SAS Regiment and the Special Raiding Squadron. The famous SAS motto of `Who dares wins,' was swiftly translated into the Italian `Chi osa vince.' This book reveals how words were turned into deeds.
Format: Hardback
Pages: 208
Illustration: B&W THROUGHOUT
Availability: In Stock. Usually dispatched same business day from Sydney, Australia
Publisher: FONTHILL
Publication date: 08/11/2018
Country of publication: UNITED KINGDOM
Weight: 450 g
Dimensions: 234mm X 156mm
Code: 55733