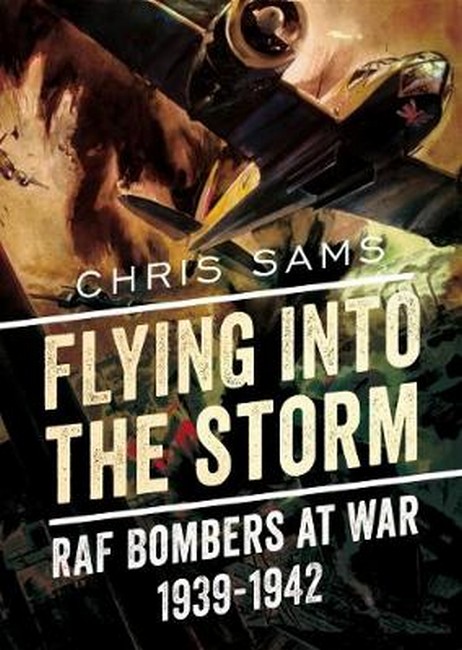 Flying into the Storm

RAF Bombers at War 1939-1942 by Sams, Chris Code: 50797 Format: Hardback / 256 pages Publication date: 25/10/2017 Availability: In Stock. Usually dispatched same business day from Sydney, Australia Price: AU $26.99 (was AU $44.99) You save AU $18.00
From the lessons of the First World War, the RAF developed a fleet of modern monoplane aircraft in time for hostilities in 1939; a force that consisted of Hampdens, Whitleys, Wellingtons, Blenheims, and Battles. These aircraft and their crews were pitted against the German war machine from day one-flying into storms of flak shells and swarms of Messerschmitt fighters in their flimsy, and often poorly armed, bombers. From theatres as far apart as Norway and Syria, Java and France, the crews and their aircraft were at the front of every military operation without adequate fighter escorts and with poor equipment against stiff opposition. They were the few who bravely went on 'one way ticket' missions, that saw operational life expectancy as only a matter of hours, without hesitation or complaint.
Format: Hardback
Pages: 256
Illustration: B&W THROUGHOUT
Availability: In Stock. Usually dispatched same business day from Sydney, Australia
Publisher: FONTHILL
Publication date: 25/10/2017
Country of publication: UNITED KINGDOM
Weight: 514 g
Dimensions: 234mm X 156mm
Code: 50797