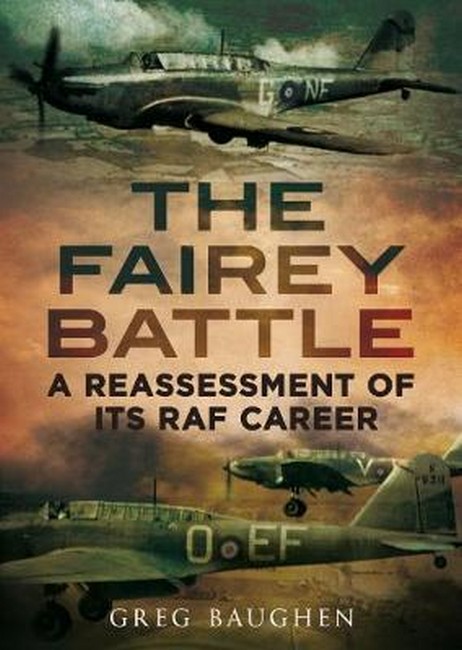 A Reassessment of its RAF Career by Baughen, Greg Code: 48649 Format: Hardback / 192 pages Publication date: 05/07/2017 Availability: In Stock. Usually dispatched same business day from Sydney, Australia Price: AU $47.99
The Fairey Battle is best known for being one of the worst aircraft ever to serve in the Royal Air Force. On operations, it suffered the highest loss rate of any plane in the RAF's history, and the missions flown by its brave crews became a byword for hopelessness and futility. Born out of muddled thinking, condemned before it even reached the squadrons, and abandoned after the briefest of operational careers, the plane seems to thoroughly deserve its reputation. But was the Battle so useless? Why did it suffer such terrible losses? Was there nothing that could have been done to prevent the disasters of 1940? A fresh look at the documents of the time suggest there was. They reveal a very different story of ignored recommendations and missed opportunities. It was the way the plane was used rather than fundamental flaws in the design that ensured its operational career was such a dismal failure. It might even be argued that, in the desperate days of the summer of 1940, the Fairey Battle was exactly what Britain needed.
Format: Hardback
Pages: 192
Illustration: B&W THROUGHOUT
Availability: In Stock. Usually dispatched same business day from Sydney, Australia
Publisher: FONTHILL
Publication date: 05/07/2017
Country of publication: UNITED KINGDOM
Weight: 440 g
Dimensions: 234mm X 156mm
Code: 48649