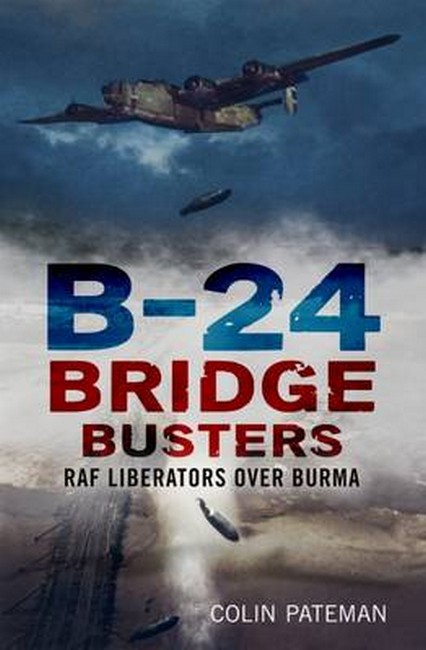 RAF Liberators Over Burma by Colin Pateman Code: 49072 Format: Hardback / 208 pages Publication date: 30/06/2016 Availability: In Stock. Usually dispatched same business day from Sydney, Australia Price: AU $35.97 (was AU $59.95) You save AU $23.98
One of the many wartime airmen who documented his day to day experiences in a diary, was RCAF navigator Jan Gellner. Prior to the outbreak of the Second World War, Jan was a lawyer practicing in the Czechoslovak town of Brno. With the outbreak of hostilities on the European continent, he went to Canada and trained as an air observer on the first course of the fledgling British Commonwealth Air Training Plan. Jan Gellner began his operational tour with No. 311 Czechoslovak (B) Squadron flying the venerable Vickers Wellington. It did not take long for Jan's abilities to shine, especially as an instructor in astro navigation. For his farrowing role in the attack on the German cruise Prinz Eugen, Jan received the coveted Distinguished Flying Cross. After an incredible 37 operations over occupied France and Germany, he became Operational Tour Expired. Jan was selected for pilot training and went to Canada. During his postwar service with the RCAF, he had a distinguished career as an administrative officer, retiring in 1958. Now a civilian, Jan turned to writing and became one of Canada's most knowledgeable and sought after aviation and military affairs journalist."
Format: Hardback
Pages: 208
Illustration: B&W THROUGHOUT
Availability: In Stock. Usually dispatched same business day from Sydney, Australia
Publisher: FONTHILL
Publication date: 30/06/2016
Country of publication: UNITED KINGDOM
Weight: 300 g
Dimensions: 234mm X 156mm
Code: 49072