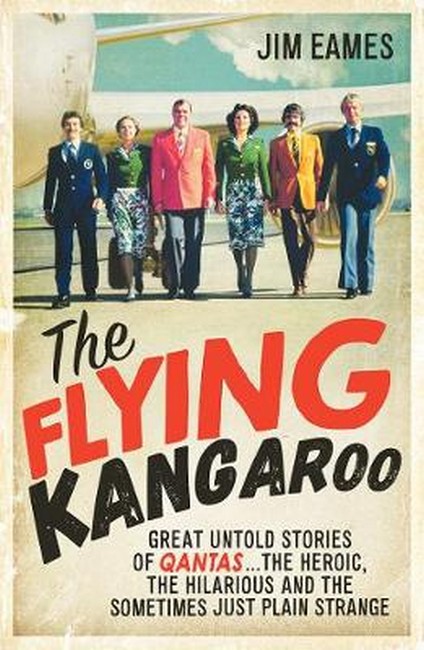 From its earliest days, Qantas has attracted its fair share of unusual challenges and unique characters. These are the stories of a great airline and the people who made it, told by a man who has Qantas blood running through his veins. They are hilarious, nostalgic, heroic and sometimes even odd. They are about the brilliant risk takers who made Qantas the safest airline in the world, the special demands of flying VIPs, the hazards of overseas postings, and the ever present dangers of the skies. But above all, these are the stories of how a uniquely Australian style shaped the best airline in the English-speaking world. Generous and richly told, The Flying Kangaroo is a warm-hearted reminder why Qantas remains such an important part of the Australian psyche. Everyone who has even flown will enjoy The Flying Kangaroo. These are stories of passion and dedication, of risk and resilience, of excellence and Australian larrikinism, of inventiveness and determination. They reflect my pride for an airline that connected the world and became a national icon. - Captain Richard Champion de Crespigny, Pilot In Command and author of QF32.

Foreword Introduction ITS A CULTURE THING 1. Were off to polish the engines THE IMPORTANCE OF THE RIGHT CHOICE 2. The Pregnant Pup 3. The Nadi bump EVER-PRESENT DANGER 4. Taim Bilong Balus 5. Skippy Squadron 6. Cyclone Tracy SAFETY IS NO ACCIDENT 7. Training at the Bay of Pigs 8. Qantas never crashes 9. Dangerous skies 10. Two minutes of terror over the Middle East 11. Battling the elements AN AIRLINE FULL OF CHARACTERS 12. Life was never dull 13. Postings . . . not all milk and honey 14. Spies, bombs and bicycles 15. Penny pinching and clashing personalities 16. Flaws among the brilliance UNUSUAL LOADS 17. Gum trees from wheel wells 18. Not your normal passenger service 19. Gough . . . and other royals 20. The return of the Gallipoli veterans 21. How to smuggle a future princess A CHALLENGING BUSINESS 22. Strikes and fuel . . . a lethal combination 23. When the wheels fell off the tricycle and other political problems 24. Red tails and blue tails . . . the story of a reverse takeover 25. Reflections Acknowledgements

Jim Eames is author of The Country Undertaker, Six Feet Under or Up in Smoke and Taking to the Skies. As one of Australias first aviation writers, and former press secretary to the Minister for Aviation and former Director of Public Affairs for Qantas, he is a man who has lived and breathed aviation. He also tells a great yarn.