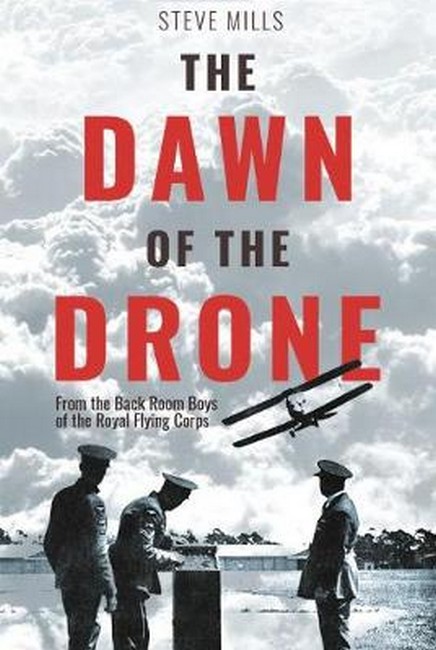 The Dawn of the Drone

From the Back Room Boys of the Royal Flying Corps by Mills, Steve Code: 56905 Format: Hardback / 336 pages Publication date: 16/12/2019 Availability: Available. Usually dispatched 1-2 business days Price: AU $49.99
In the dark days of World War I, when flying machines, radio, and electronics were infant technologies, the first remotely controlled experimental aircraft took to the skies and unmanned radio controlled 40-foot high-speed Motor Torpedo Boats ploughed the seas in Britain. Developed by the British Army's Royal Flying Corps and the Royal Navy these prototype weapons stemmed from an early form of television demonstrated before the war by Prof. A. M. Low. The remote control systems for these aircraft and boats were invented at RFC Secret Experimental Works commanded by Prof. Low, which was part of the organization of `back-room boys' in the Munitions Inventions Department. These audacious projects of Low and his contemporaries led to the hundreds of remotely controlled Queen Bee aerial targets in the 1930s and hence to all the machines that we now call `drones'. Starting well before WWI and, for the lucky ones, extending well beyond it, the lives of Archibald Low and many of his contemporaries were extraordinary as were the times they lived through. They witnessed many dawns, the coming of the oil and plastics age and of domestic electricity. They experienced vast social improvements and the pasturing of the working horse in favor of motor transport. They were around for the first epic aircraft flights and with the aid of the very technologies that had enabled the development of drones, they saw air travel transformed from the precarious to the routine. It is astonishing that the origins of the first drones are not common knowledge in Britain and that the achievement of these maverick inventors is not commemorated.
Format: Hardback
Pages: 336
Illustration: B&W THROUGHOUT
Availability: Available. Usually dispatched 1-2 business days
Publisher: CASEMATE BOOKS
Publication date: 16/12/2019
Country of publication: UNITED STATES
Weight: 0 g
Dimensions: 229.00mm X 152.00mm
Code: 56905