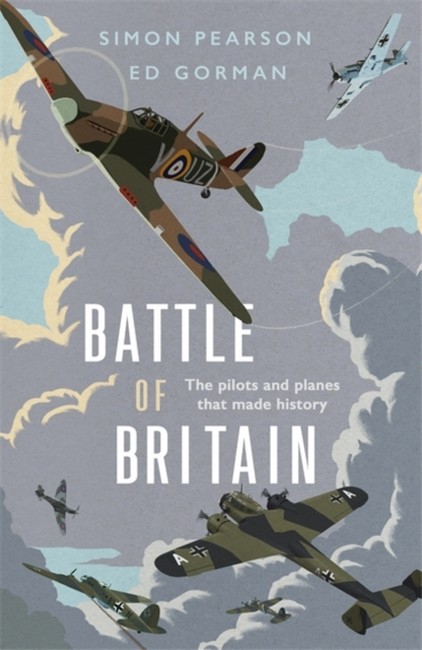 A useful contribution to an overcrowded field of history by giving deserved attention to the ordinary men and unsung machines that arent usually included in the dramatic narrative. - The TimesA great read and a real eye-opener to anyone who thinks the Battle of Britain is only about Brits and Germans and Messerschmitts and Spitfires. The value in this account is also the way the back stories of many previously unheralded pilots come to life. - General Sir David Richards, former Chief of the Defence StaffIn Battle of Britain: The pilots and planes that made history, Ed Gorman and Simon Pearson paint a vivid picture of the men and their machines as the battle for air superiority over Britain is played out across the skies of Europe, from the west of Ireland to the German capital. We experience the battle chronologically through the remarkable stories of seventeen airmen from across the world.

Some will be new to many readers: the New Zealander who "borrowed" a seaplane from the Royal Navy to set up a freelance air-sea rescue service that saved the lives of dozens of British and German pilots; the Swiss baron who claimed to have destroyed six British fighters in a day; the vainglorious commander whose RAF squadron was wiped out trying to disrupt Nazi invasion plans; and the German bomber pilot who fought the first battle involving foreign troops on British soil since Culloden - before repairing to a pub for a pint with soldiers who had taken him prisoner. Illustrated with contemporary photographs of the pilots and their aircraft, this is an enthralling and original account from both sides of a conflict that shaped the modern world, full of courage, endeavour and, above all, humanity.