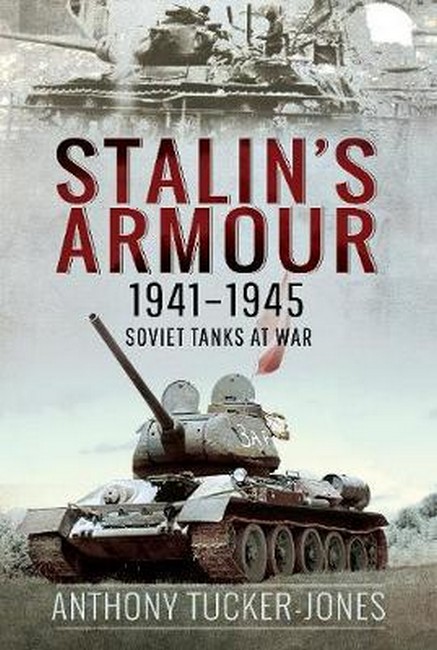 Soviet Tanks at War by Tucker-Jones, Anthony Code: 60170 Format: Hardback / 256 pages Publication date: 25/02/2021 Availability: Available. Usually dispatched from UK 1-2 business days Price: AU $49.99
Stalin's purge of army officers in the late 1930s and disputes about tank tactics meant that Soviet armoured forces were in disarray when Hitler invaded in 1941. As a result, during Operation Barbarossa, the Wehrmacht's 3,200 panzers ran circles round the Red Army's tank force of almost 20,000 - thousands of Soviet tanks were disabled or destroyed. Yet within two years of this disaster the Red Army's tank arm had regained its confidence and numbers and was in a position to help turn the tide and liberate the Soviet Union. This is the remarkable story Anthony Tucker-Jones relates in this concise, highly illustrated history of the part played by Soviet armour in the war on the Eastern Front. Chapters cover each phase of the conflict, from Barbarossa, through the battles at Moscow, Stalingrad and Kursk to the massive, tank-led offensives that drove the Wehrmacht back to Berlin. Technical and design developments are covered, but so are changes in tactics and the role of the tanks in the integrated all-arms force that crushed German opposition. AUTHOR: Anthony Tucker-Jones is a writer, military historian and a widely published expert on regional conflicts, counter-terrorism and armoured and aerial warfare. He has had over forty books published by Pen & Sword. His recent books include The Battle for Budapest 1944-1945, The Battle for the Caucasus 1942-1943, Hitler's Panzers: The Complete History 1933-1945 and Allied Armour 1939-1945: British and American Tanks at War. 70 b/w illustrations
Format: Hardback
Pages: 256
Illustration: B&W THROUGHOUT
Availability: Available. Usually dispatched from UK 1-2 business days
Publisher: PEN & SWORD BOOKS LTD
Publication date: 25/02/2021
Country of publication: UNITED KINGDOM
Weight: 0 g
Dimensions: 234.00mm X 156.00mm
Code: 60170