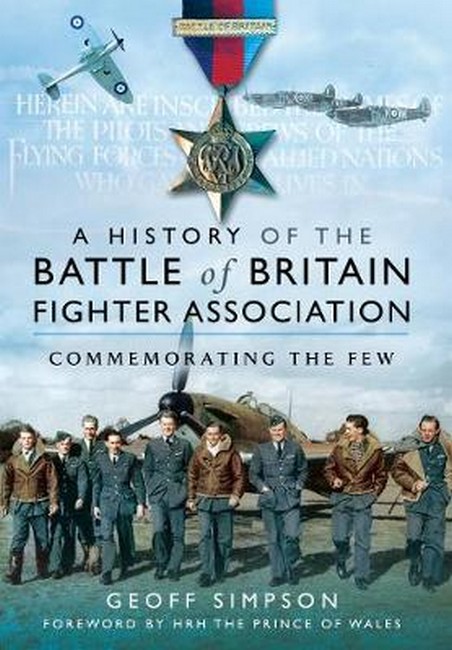 A History of the Battle of Britain Fighter Association

Commemorating the Few by Simpson, Geoff Code: 57808 Format: Paperback / 192 pages Publication date: 19/02/2020 Availability: In Stock, usually dispatched same day Price: AU $27.74 (was AU $36.99) You save AU $9.25
In 1945 it was announced that Allied airmen who had taken part in the Battle of Britain in 1940 would be entitled to the immediate award of the 1939-1945 Star, with Battle of Britain Clasp. This was the only Clasp awarded with the 1939-1945 Star. In the following years holders of the Clasp held informal get-togethers. In 1958 the Battle of Britain Fighter Association (BBFA) was formed, with full membership only available to holders of the Battle of Britain Clasp. Lord Dowding was the first President. Her Majesty Queen Elizabeth the Queen Mother became Patron. That post is now held by HRH The Prince of Wales. As well as organising reunions and providing some welfare assistance to members and widows, the Association has played a key role in researching entitlement to the Clasp and pronouncing on claims for the Clasp. A considerable part of the knowledge existing today on these matters came from the work of successive BBFA archivists, the late Group Captain Tom Gleave and the late Wing Commander John Young. The Association has also become closely associated with the Battle of Britain thanksgiving service held every September in Westminster Abbey. The Associations archives are held in part by the Secretary of the BBFA, Group Captain Patrick Tootal and in part by the Air Historical Branch, RAF (AHB) at RAF Northolt. Geoff Simpson has now been invited by the Association to use these archives as the basis of a book on the history of the organisation. AUTHOR: Geoff Simpson has studied the Battle of Britain for 35 years and has frequently written, broadcast and spoken on the subject. He was a long serving trustee of the Battle of Britain Memorial Trust and acted as the organisation's historical consultant. He is a member of the Royal Historical Society and the RAF Historical Society. 32 b/w illustrations
Format: Paperback
Pages: 192
Illustration: B&W THROUGHOUT
Availability: In Stock, usually dispatched same day
Publisher: PEN & SWORD BOOKS LTD
Publication date: 19/02/2020
Country of publication: UNITED KINGDOM
Weight: 360 g
Dimensions: 234.00mm X 156.00mm
Code: 57808