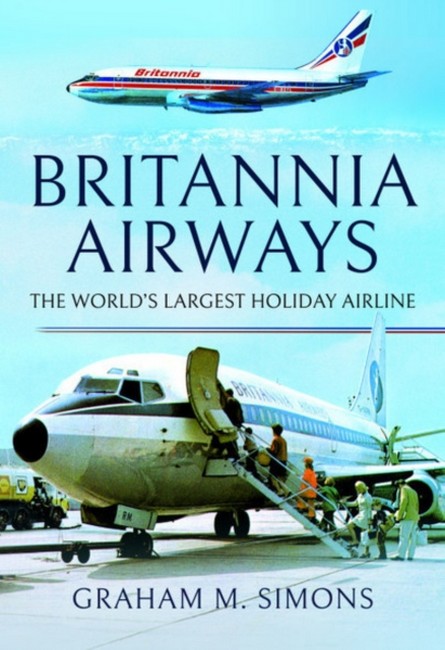 Founded in 1961 as Euravia by British businessman Ted Langton and aviation consultant J.E.D. Walker, at a time of considerable turmoil for the independent sector of the British air operators industry, Britannia Airways went on to become the worlds largest holiday airline.

Just as Court Line evolved from Autair, so Britannia Airways evolved from Euravia. Both UK airlines had strong links with the travel industry; Court Line with Clarksons Holidays, and Britannia with the Thomson Group, in particular the Sky Tours brand. Both were innovative in their own ways, and both grabbed the UK travel industry by the scruff of the neck and shook it into the jet age - Court line travelling down the brasher cheap-and-cheerful road, while Britannia took the more staid, upmarket route. By 1972, Britannia had developed to such a degree that it was the biggest of the British independent charter airlines. It was also a ground-breaking operation - during the late 1960s, it became the first charter airline to offer assigned seating, as well as hot in-flight meals. Prior to the mid-1970s, Britannia, much like other British carter airlines of the era, had concentrated upon low-cost flights to Spain and the use of provincial airports to provide its services.

The companys management, however, harboured ambitions to grow beyond this. As a result, for example, Britannias 767s began regular charter flights between Britain and Australia in 1988, a route to New Zealand being added the following year. Between 1968 and 1984, Britannia carried nearly forty-two million passengers, while the companys fleet grew to include twenty-nine Boeing 737s and a pair of 767s. Drawing on the authors in-depth research and knowledge, as well as first-hand interviews with individuals such as Ted Langton, the original tour operator who wanted his own airline, and Jed Williams, who created Britannia, this the full story of one of the most important airlines in the history of civil aviation.

Graham M. Simons was one of the founders of the world-famous aviation museum at Duxford near Cambridge where his interest was piqued watching the making of the film Battle of Britain there in the late 1960s. From this, and with an engineering background, he progressed to membership of a number of aviation societies, including sitting on the British Aviation Preservation Council, eventually taking the position of Engineering Director with one group.

There he was responsible for overseeing the restoration of a de Havilland DH89 Dragon Rapide airliner to flying condition and placing this aircraft - with official approval - in the colours and markings of the first aircraft of what was then the Kings Flight. Graham combines his love of writing with his skills in production to create and publish aviation histories focused on a variety of subjects.