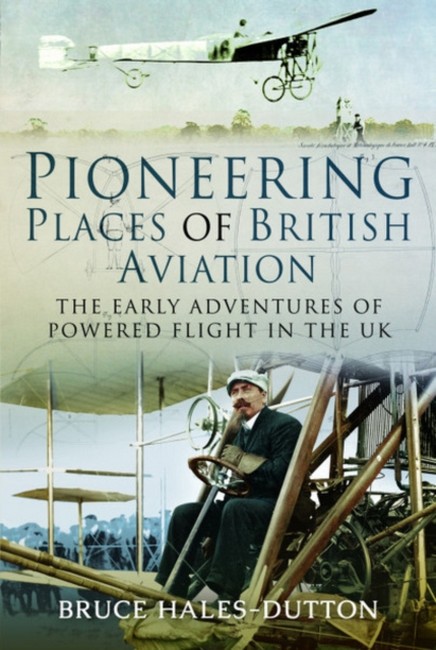 From as early as the beginning of the nineteenth century, Britain was at the forefront of powered flight. Across the country many places became centres of innovation and experimentation, as increasing numbers of daring men took to the skies. It was in 1799, at Brompton Hall, that Sir George Cayley Bart put forward ideas which formed the basis of powered flight.

Cayley is widely regarded as the father of aviation and his ancestral home the cradle of British aviation. There were balloon flights at Hendon from 1862, although attempts at powered flights from the area later used as the famous airfield, do not seem to have been particularly successful. Despite this, Louis Bleriot established a flying school there in 1910.

It was gliders that Percy Pilcher flew from the grounds of Stamford Hall, Leicestershire during the 1890s. He was killed in a crash there in 1899, but Pilcher had plans for a powered aircraft which experts believe may well have enabled him to beat the Wright Brothers in becoming the first to make a fixed-wing powered flight. At Brooklands attempts were made to build and fly a powered aircraft in 1906 even before the banked racetrack was completed but these were unsuccessful.

But on 8 June 1908, A.V. Roe made what is considered to be the first powered flight in Britain from there - in reality a short hop - in a machine of his own design and construction, enabling Brooklands to claim to be the birthplace of British aviation. These are just a few of the many places investigated by Bruce Hales-Dutton in this intriguing look at the early days of British aviation, which includes the first ever aircraft factory in Britain in the railway arches at Battersea; Larkhill on Salisbury Plain which became the British Armys first airfield, and Barking Creek where Frederick Handley Page established his first factory.