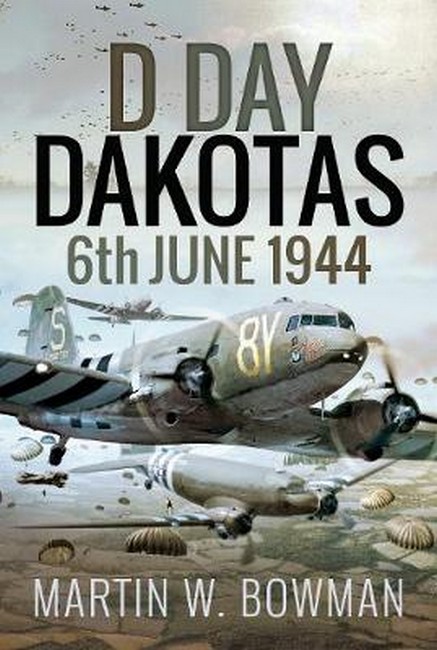 6th June, 1944 by Bowman, Martin W Code: 57807 Format: Hardback / 352 pages Publication date: 30/10/2019 Availability: Available. Usually dispatched from UK 1-2 business days Price: AU $49.11
On 18 December 1935 when the first flight of the Douglas DC-3 took place, few could have imagined that it would become one of the world's most celebrated aircraft of all time, not just as a commercial airliner but also as the C-47 military transport. When production ceased in the summer of 1945, a total of 10,926 had been built. This wonderfully versatile aircraft played a significant part in airborne operations around the world; but perhaps its most notable employment occurred during the June 1944 Normandy campaign. This important episode within the wider history of D-Day' is enlivened here in classic fashion by Martin Bowman, in a narrative that features both extensive historical notes as well as deeply personal accounts of endurance and individual gallantry. This amplified account of events as they unfolded in the skies above France on D-Day (5/6 and 6/7 June, 1944) reveals the invaluable contribution these workhorses of World War II made to the overall success in Normandy. It follows the author's comprehensive five part work published by Pen & Sword (Air War D-Day) that included a multitude of personal military accounts from both Allied and German personnel who took part in Operation Overlord' and the Normandy campaign. AUTHOR: Martin Bowman is one of Britain's leading aviation authors and has written a great deal of books focussing on aspects of Second World War aviation history. He lives in Norwich in Norfolk. He is the author of many Pen and Sword Aviation titles, including all releases in the exhaustive Air War D-Day and Air War Market Garden series. 60 b/w illustrations
Format: Hardback
Pages: 352
Illustration: B&W THROUGHOUT
Availability: Available. Usually dispatched from UK 1-2 business days
Publisher: PEN & SWORD BOOKS LTD
Publication date: 30/10/2019
Country of publication: UNITED KINGDOM
Weight: 0 g
Dimensions: 234mm X 156mm
Code: 57807