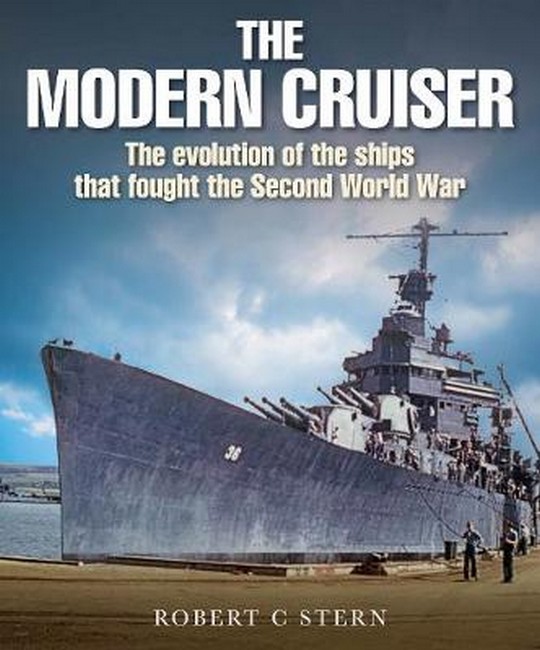 The Evolution of the Ships that Fought the Second World War by Stern, Robert C Code: 58973 Format: Hardback / 288 pages Publication date: 29/05/2020 Availability: Future Publication. Pre-order now. Due date: May 2020 Price: AU $99.00
Cruisers probably vary more in their characteristics than any other warship type and have certainly been subject to the most convoluted development. There was always a basic tension between quantity and quality, between numbers and unit size, but at a more detailed level every one of the naval powers made different demands of their cruiser designers. This makes the story of cruiser evolution in the world's major navies fascinating but complex. This book sets out to provide a coherent history of the fortunes of this ship-type in the twentieth century, beginning with a brief summary of development before the First World War and an account of a few notable cruiser actions during that conflict that helped define what cruisers would look like in the post-war world. The core of the book is devoted to the impact of the naval disarmament treaty process, which concentrated to a great extent on attempting to define limits to the numbers and size of cruisers that could be built, in the process creating the treaty cruiser' as a type that had never existed before and that existed solely because of the treaty process. How the cruisers of the treaty era performed in the Second world War forms the final focus of the book, which concludes with a look at the fate of the cruiser-type since 1945. The result is probably the best single-volume account of the subject to date. AUTHOR: Robert C. Stern has published more than twenty books on military and naval subjects. His previous books for Seaforth were Destroyer Battles published in 2008, Fire from the Sky in 2010 and The US Navy and the War in Europe (2012), Big Gun Battles (2015) and The Battleship Holiday (2017). 220 illustrations
Format: Hardback
Pages: 288
Illustration: B&W THROUGHOUT
Availability: Future Publication. Pre-order now. Due date: May 2020
Publisher: PEN & SWORD BOOKS LTD
Publication date: 29/05/2020
Country of publication: UNITED KINGDOM
Weight: 0 g
Dimensions: 0mm X 0mm
Code: 58973