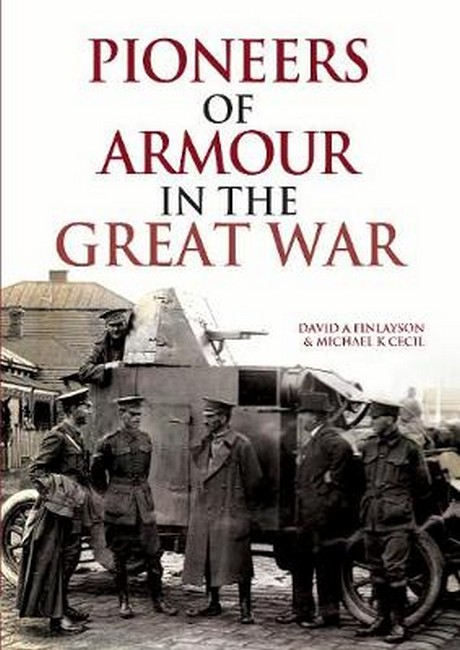 Pioneers of Armour in the Great War

_Pioneers of Armour in the Great War_ tells the story of the only Australian mechanised units of the Great War. The 1st Australian Armoured Car Section, later the 1st Australian Light Car Patrol, and the Special Tank Section were among the trailblazers of mechanisation and represented the cutting edge of technology on the Great War battlefield. The 1st Armoured Car Section was raised in Melbourne in 1916, the brainchild of a group of enthusiasts who financed, designed and then built two armoured cars. Having persuaded the Australian Army of the vehicles utility in the desert campaign, the armoured car section, later re-equipped with Model T Fords and retitled the 1st Australian Light Car Patrol, provided valuable service until well after the Armistice. The First World War also saw the emergence of the tank which, despite unpromising beginnings, was to realise its potential in the crucial 1918 battles of Hamel and Amiens. A British Mark IV tank which toured Australia in 1918 demonstrated the power of this new weapon to an awestruck Australian public. Much of the story of the armoured cars is told in the voices of the original members of the section and in newspaper articles of the time which highlight the novelty of these vehicles. Painstaking research has produced a remarkable collection of images to accompany the narrative, many never previously published. Biographies of the members of these extraordinary units are also a feature of this book, their stories told from the cradle to the grave. Appendixes provide a wealth of supporting biographical and technical information that enriches the text and adds factual detail.