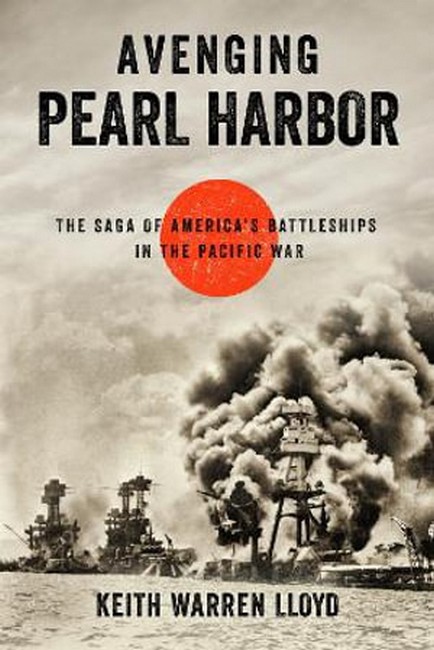 It was a miracle three years in the making, a testimony to American fortitude and ingenuity-and perhaps the key to why the United States won a war that after Pearl Harbor seemed hopeless.

Impeccably researched deep in the archives at Pearl Harbor and Washington DC, Revenge of the Dreadnoughts is colorfully written, personal, chilling, visceral,

Historian Keith Warren Lloyd brings his gift for injecting life and personalities and heretofore untold stories of the men and women involved--members of what became known as The Greatest Generation-whose heroism and sacrifice brought about the miraculous new life of a sleeping military force that was reeling and on its knees.

It is a story has never before been old in such detail and with such vibrancy.

On the night of 24 October 1944, a force of two battleships, one heavy cruiser and four destroyers from the Imperial Japanese Navy steamed into Surigao Strait in the Philippines. Their objective: to attack the invasion fleet of General Douglas MacArthurs army in Leyte Gulf. Alerted by scouting PT boats, the U.S. 7th Fleet under the command of Rear Admiral Jesse Oldendorf prepared a deadly trap. Waiting for the enemy force were five American battleships and supporting cruisers and destroyers. Oldendorf performed the classic naval maneuver of "crossing the T" which allowed the American ships to fire broadsides at the oncoming Japanese vessels, while the enemy could only fire with their forward turrets. When the smoke cleared, the Japanese fleet had been all but annihilated.

Only one destroyer escaped.

The victorious American battleships were the Maryland, Pennsylvania, West Virginia, California, and Tennessee, five of the eight dreadnoughts that had been sunk at Pearl Harbor.

The five ships had been raised, repaired, modified and re-manned. After three long years, they finally had their revenge.

Revenge of the Dreadnoughts takes readers from the attack on Pearl Harbor, telling the story of the severe damage dealt to each ship and the incredible acts of courage performed by the sailors of each crew that morning. It continues with how each ship was raised and repaired-Herculean in scope-- and the mustering of new commanders, officers and crewmen.

The final drama unfolds as of each ship returns triumphantly to the battle fleet, and the ultimate triumph at the battle of Surigao Strait.

Keith Warren Lloyd is a professional firefighter, an independent writer, and a US Navy veteran. Lloyd graduated from Arizona State University with a degree in Liberal Studies with an emphasis on history and political science. He is author of Above and Beyond, the biography of Frank Luke Jr., the World War One ace known as the "Arizona Balloon Buster" and the first aviator to receive the Congressional Medal of Honor. He lives in Arizona.