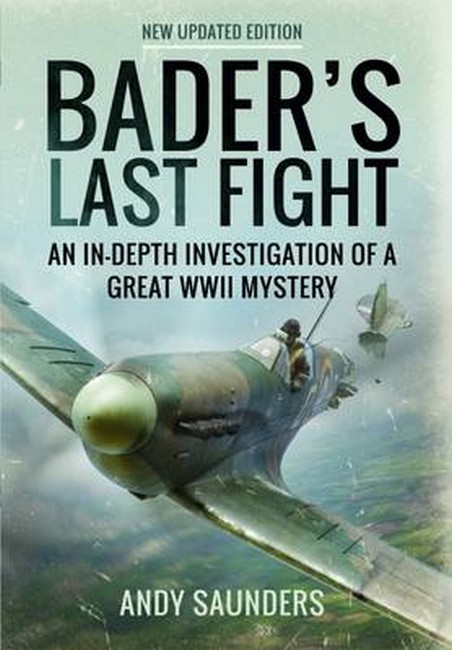 An in-Depth Investigation of a Great WWII Mystery by Saunders, Andy Code: 47207 Format: Paperback / 234 pages Publication date: 30/01/2017 Availability: Available. Usually dispatched 1-2 business days Price: AU $39.99
On 9 August 1941, one of the greatest icons of the Second World War, Douglas Bader, was shot down, captured and later incarcerated. But by whom, and how? Was it by one of his deadly German opponents, as Douglas Bader himself maintained, or was it by one of his own side? There has been much debate and controversy among historians and in 2003 the author of this book revealed for the first time that Bader may have been victim to friendly fire. That revelation was followed by interest in the national press and later by a TV documentary screened on Channel 4 in August 2006. In the book aviation historian Andy Saunders develops his hypothesis, backed up by strong evidence and a wealth of statistics, and separates fact from fiction. He expertly dissects all the material relating to the day itself, and subsequent events. In this new, updated edition, Andy Saunders tells of his quest to find the legendary fighter pilot's aircraft, which led to the remarkable discovery of a lost Spitfire which is being restored to flying condition. This book will fascinate all who read it and will be seen by most observers to be the final word on one of the great mysteries of the entire war.
Format: Paperback
Pages: 234
Illustration: B&W THROUGHOUT
Availability: Available. Usually dispatched 1-2 business days
Publisher: FRONTLINE BOOKS
Publication date: 30/01/2017
Country of publication: UNITED KINGDOM
Weight: 0 g
Dimensions: 234mm X 156mm
Code: 47207