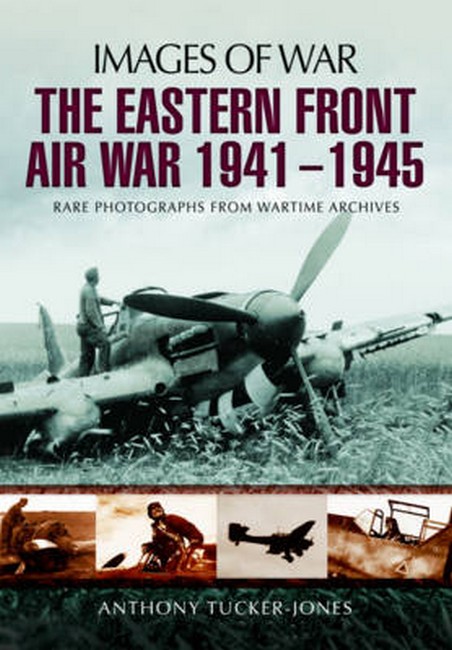 by Tucker-Jones, Anthony Code: 40139 Format: Paperback / 160 pages Publication date: 17/05/2016 Availability: Available. Usually dispatched 1-2 business days Price: AU $44.99
This selection of over 150 photographs provides a visual guide to the desperate air war fought over the Eastern Front between 1941 and 1945. Most of these black-and-white wartime photographs have never been published before. They show Stalin's Red Air Force and Hitler's Luftwaffe, their equipment and the role they played in supporting the war on the ground. Although it was a major aspect of the struggle on the Eastern Front, aerial combat has long been neglected, and Anthony Tucker-Jones's photographic history is a vivid introduction to it. Just before Hitler's invasion of the Soviet Union the leadership of the Red Air Force was decimated by Stalin in a series of purges. Although it had thousands of fighter aircraft these were not capable of taking on the Luftwaffe and were swiftly destroyed in the German blitzkrieg. But a remarkable recovery followed as the Red Air Force slowly but surely turned the tide against the ravages of the Luftwaffe to wrestle back air superiority by 1944. The photographs and Anthony Tucker-Jones's text give a fascinating insight into this decisive reversal of fortune.They also record, in a series of memorable images, the principal Soviet and German aircraft that featured in the aerial fighting and the pilots who flew them.
Format: Paperback
Pages: 160
Illustration: B&W THROUGHOUT
Availability: Available. Usually dispatched 1-2 business days
Publisher: PEN & SWORD BOOKS LTD
Publication date: 17/05/2016
Country of publication: UNITED KINGDOM
Weight: 0 g
Dimensions: 246mm X 189mm
Code: 40139