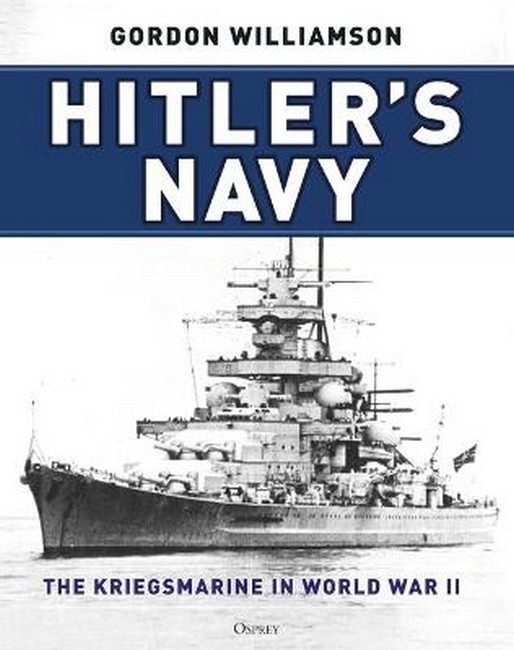 A complete illustrated study of the German Kriegsmarine throughout World War II. Hamstrung at first by the terms of the Treaty of Versailles, during the 1930s, the German Navy underwent a programme of rearmament in defiance of the restrictions, building modern warships under limitations which forced technological innovation. Submarines were strictly prohibited by the treaty, and yet, following years of covert development, they became one of the Kriegsmarines most deadly weapons. Blooded in the Spanish Civil War, the surface ships of the Kriegsmarine went on to play a crucial role in the opening salvoes of World War II during the invasions of Poland and Norway, although serious losses here set back plans for the invasion of Britain, and by the end of the war, only a handful of surface vessels remained to be divided up among the Allies. From the beginning of the war, but especially after the fall of France, the dreaded and extraordinarily successful U-boats stalked the Atlantic, threatening vital British shipping convoys and choking off the lifeline of munitions and supply from the US. Once Italy and Japan entered the war, German naval operations expanded to the Mediterranean and the Indian Ocean. This highly illustrated volume is a comprehensive study of the German Navy throughout the war, from pocket battleships to torpedo boats.

Gordon Williamson, born in 1951, is a retired civil servant with a passion for military history. He spent seven years with the Royal Military Police (TA) and has written over 60 military titles including a number of Osprey World War II books. Amongst his primary interests are the German Navy in World War II, in particular the U-boats, and Military Police forces of both the Allied and Axis armies.