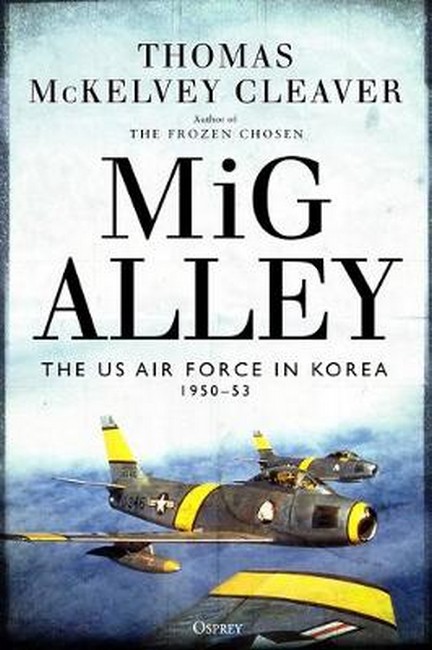 The US Air Force in Korea, 1950-53 by McKelvey Cleaver, Thomas Code: 57602 Format: Hardback / 336 pages Publication date: 14/11/2019 Availability: Available. Usually dispatched 1-3 business days Price: AU $46.99
Of the many myths that emerged following the end of the Korean War, the prevailing one in the West was that of the absolute supremacy of US Air Force pilots and aircraft over their Soviet-supplied opponents. The claims of the 10:1 victory-loss ratio achieved by the US Air Force fighter pilots flying the North American F-86 Sabre against their communist adversaries, amongst other such fabrications, went unchallenged until the end of the Cold War, when Soviet records of the conflict were finally opened. From that point onwards, a very different story began to emerge. Far from decisive American victories over an unsophisticated opponent, the aerial battles of the Korean War were, at least in the early years, evenly matched affairs, fought to an approximate 1:1 victory-loss ratio. Though the Soviet victories declined over the following years, this had more to do with home politics than American tactics. Regardless of the accuracy of claims and wartime propaganda, one fact stands clear: in the battle for air supremacy over Korea, the US Air Force denied to its opponents the opportunity to intervene over the battlefield. In the face of overwhelming enemy manpower superiority, this allowed the United Nations forces to hold the line in Korea until an armistice that protected South Korea could be put into effect In addition to the aerial combat over MiG Alley, this title covers the full range of US Air Force activities over Korea, including the failed strategic bombing campaign and the escalating nuclear threat. Incorporating first-hand accounts from those involved, both US and Russian, this new history of the US Air Force in Korea reveals the full story of this bitter struggle in the Eastern skies.
Format: Hardback
Pages: 336
Illustration: B&W THROUGHOUT
Availability: Available. Usually dispatched 1-3 business days
Publisher: OSPREY
Publication date: 14/11/2019
Country of publication: UNITED KINGDOM
Weight: 0 g
Dimensions: 234mm X 153mm
Code: 57602