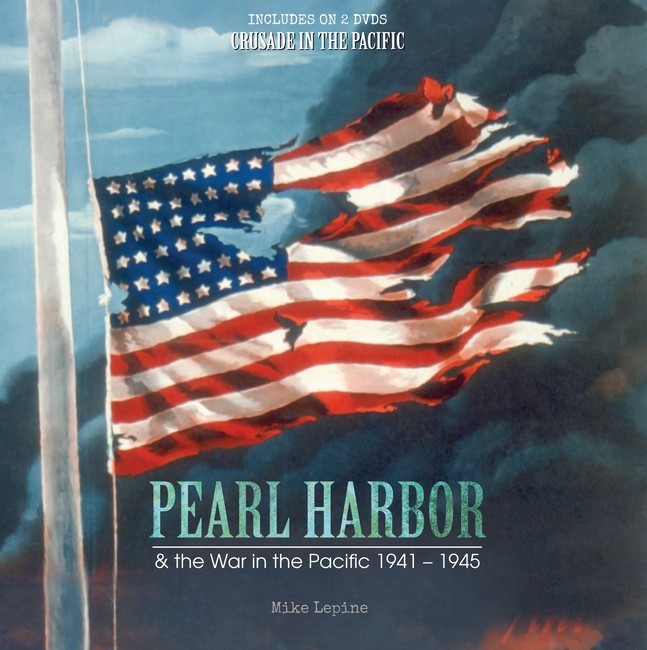 This book and 4-DVD set provides a fascinating account of the epic conflict on land, sea and air, from the darkest days of the war to the spectacular sea battles that broke the Japanese advance and the struggle to liberate Asia and the Pacific which followed. This Commemorative Edition hardcover includes four DVDs with all 26 episodes of Crusade in the Pacific, long-recognized as the finest film account of the war in the Pacific ever released. Originally produced for the cinema, it contains over 11 hours of rare and dramatic footage supplied by many hundreds of different combat cameramen.

Mike Lepine is a Sunday Times No1 best-selling author. He has written some thirty-five books and has been published throughout the world from America to Finland, and from France to Japan. He has also worked extensively in television in programming as diverse as the arts, consumer rights and comedy. For many years the Editor of the Aviation & Military Video Club, Mike was instrumental with DD Home Entertainment in bringing much rare archival film footage to the public for the very first time.