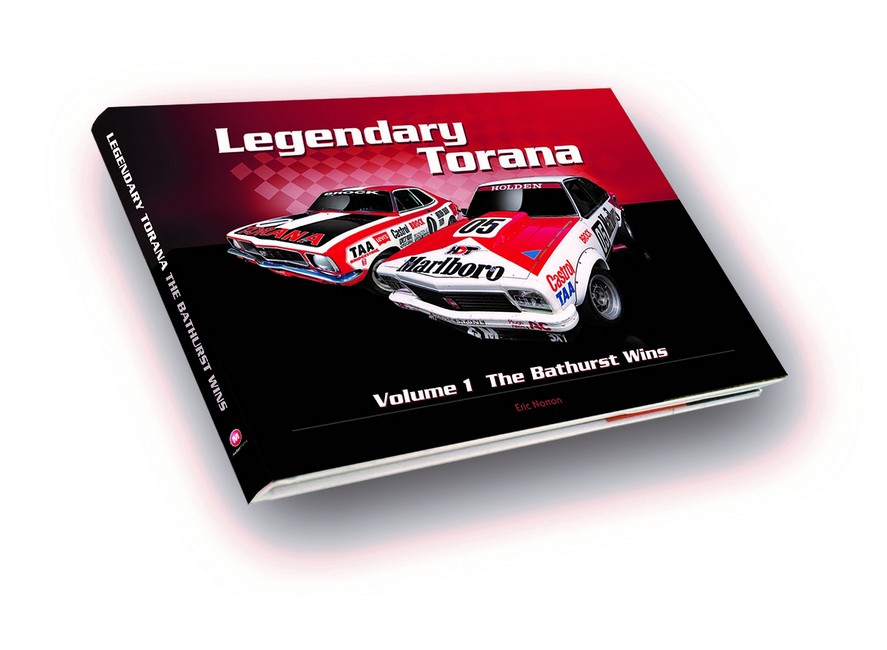 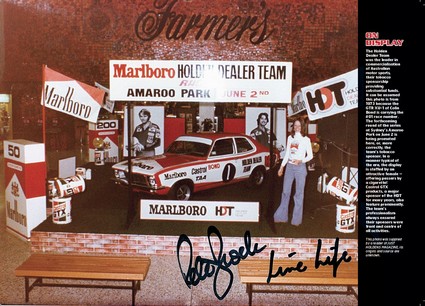 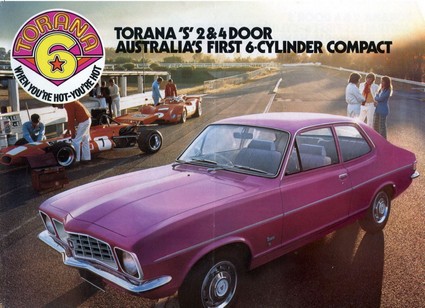 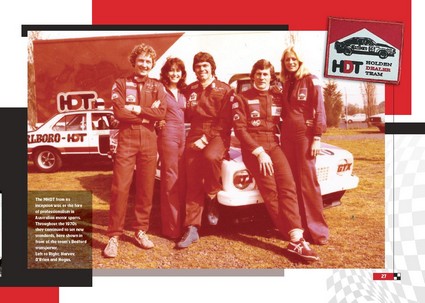 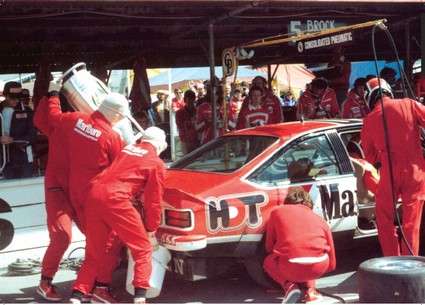 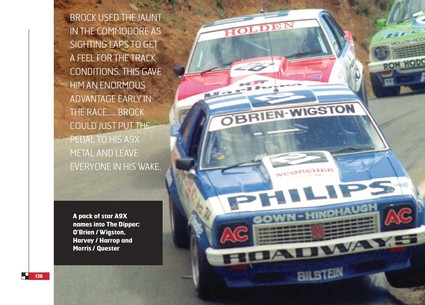 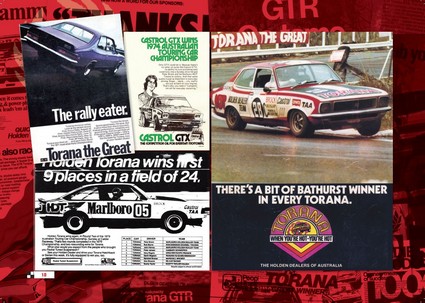 Interest in Australian muscle cars and classic Holdens as its highest ever, as evidenced by soaring vehicle prices and clamouring buyers for these iconic Holdens which forged the company’s history and reputation as the greatest car ever made in here.
Consequently, public interest in the glory decades of Australian motoring and motor racing has never been higher. LEGENDARY TORANA – The Bathurst Wins, steps right into the spotlight as an invaluable contribution to this chapter of Australian motoring history.
Torana. Bathurst. Brock.
Each a legend. Each a cultural phenomenon. Now, Australian folklore.
General Motors-Holden’s’ masterstroke was to convert an English-based, small four-cylinder economy car into the legendary TORANA GTR XU-1, the only car which dominated forest rallies and racing circuits: The Giant Killer. Then its own all-Australian Torana SL/R 5000 with its own Australian 308 V8 engine.
Torana’s crowning glory was its domination of the annual Bathurst Hardie-Ferodo 1000-kilometre race, the one that mattered most.
Torana and Brock became synonymous with victory, and Bathurst.
In 1972, 1975, 1976, 1978, 1979 Torana beat all comers, all but one in the hands of Peter Brock. But for two hard-luck stories it would have been Torana & Brock in 1973 and ’74 too.
LEGENDARY TORANA chronicles each year of Torana’s Bathurst wins and Peter Brock’s role in them and transports you back, or introduces you to, our golden age. Strap yourself in.
Holden has been the most successful Australian car company producing the most successful motor racing cars in this country’s history.
The fanaticism and loyalty for the Holden brand was forged in the greatest race of all, the race that stopped the nation, the famous Bathurst 1000 – because of Torana and Peter Brock. There is no way to tell the story of Torana without telling the story of the Bathurst 1000 race and Peter Brock.
LEGENDARY TORANA takes the reader on an entertaining and informative ride through the greatest decade of them all – the 1970s.
LEGENDARY TORANA is a celebration of the achievements of GM-H, the Holden Dealer Team, Torana and the greatest champion of all…Peter Brock. A must for all enthusiasts of Australian muscle cars, Australian motor racing, Holden Torana and Peter Brock.
A VISUAL FEAST With over 300 full colour race photos, official GM-H advertisements, vintage GM-H sales brochures and other advertisements. Its like reliving the actual Bathurst 1000 race all over again.

IN THE CHAPTERS ❖ Hardie-Ferodo 1000, Bathurst. A chapter for each year of Torana’s victory. Each chapter tells the story of The Great Race and how Torana dominated the competition. Relive those actual races with the all highs and lows from the start to the chequered flag. In fact, Torana’s and Brock’s first ever Bathurst 1000 win of 1972 is told in the actual words of Peter himself (constituted from publications and reports of the day). A visual feast of many full-page photos of virtually all the Toranas who started the race and those that didn’t finish it; not just Holden’s official company team, the Holden Dealer Team, but the swathe of privateers and budget-racers who pitted themselves against the mountain often defeating the big names.  • Bathurst 1972, Brock • Bathurst 1975, Brock • Bathurst 1972, Morris • Bathurst 1978, Brock • Bathurst 1979, Brock ❖ TORANA THE GIANT KILLER; how the Torana story began within Holden, from a small imported English car to unbeatable firebreathing vee eight. ❖ The DREAM MACHINES; GTR XU-1 and A9X, studio photo shoots of two of the most significant Toranas of all time; the 1973 Australian Touring Car Championship GTR XU-1 and famous 1978 Bathurst 1000 winning A9X hatchback ❖ The DREAM TEAM; the Marlboro Holden Dealer Team (HDT) ❖ MAGIC MOMENTS; team shots of the HDT behind the scenes at the big races ❖ PETER BROCK; a tribute to the Peoples’ King ❖ WIN ON SUNDAY, SELL ON MONDAY; the driving force of this era was the need to sell new cars; and cars which won the biggest race sold in greatest numbers days after the race. See how GM-H and many Torana team sponsors used Torana’s motor racing dominance to drive buyers into the dealer showrooms and the arms of waiting salesmen.

Author, Eric Norton, is one of this country’s foremost and most-prolific publishers of Holden books and magazines. Having already authored three books on various historical aspects of Holden Eric has published and edited Australia’s only all-Holden magazine, JUST HOLDENS MAGAZINE, since its founding in 2005. Along the way the Holden company commissioned Eric to write historical stories for their internal publications and his opinion has been sought by a leading classic car insurance company. Being a keen collector of Holden classic and muscle cars as well as a former motor sport competitor (in a Holden), including at Bathurst, a former motor mechanic and active restorer of classic Holdens, Eric Norton lives a life immersed in Holdens.