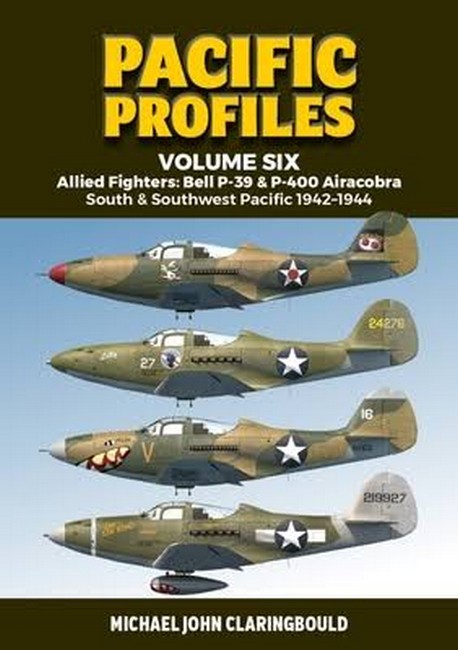 The Pacific Profiles series presents the most accurate WWII profiles of aircraft which served in the South Pacific theatre. Volume Six covers a dozen USAAF Fifth and Thirteenth Air Force squadrons which operated the Bell P-39 and P-400 Airacobra from April 1942 until March 1944. They were used in a variety of roles including as fighters, dive-bombers and strafers. The wide-ranging colourful heraldry and nose art of Fifth Air Force Airacobras is partly explained by the frequent trading of particular airframes between units. Until now there has been a paucity of information about the markings of Thirteenth Air Force Airacobras, and this volume fills much of this wide gap. The first and last Airacobras lost in the theatre are illustrated, along with rare markings of a night fighter and a P-39 used by Fifth Fighter Command. This volume includes the early P-400s through to the P-39D/F/Ks and then the late model P-39N/Qs. The development of markings for each squadron is explained, together with brief squadron histories accompanied with supporting photos. A wide range of reference material was consulted including many rare photos, colour movies, official records, diaries and photos from wreck sites. The author, Michael Claringbould, is world-renown for his expertise on the Pacific air war. Never before have such meticulous colour profiles been illustrated with a full explanation of their markings.

Raised in Port Moresby, Michael Claringbould is a globally recognised expert on the New Guinea air war and Japanese aviation in particular.