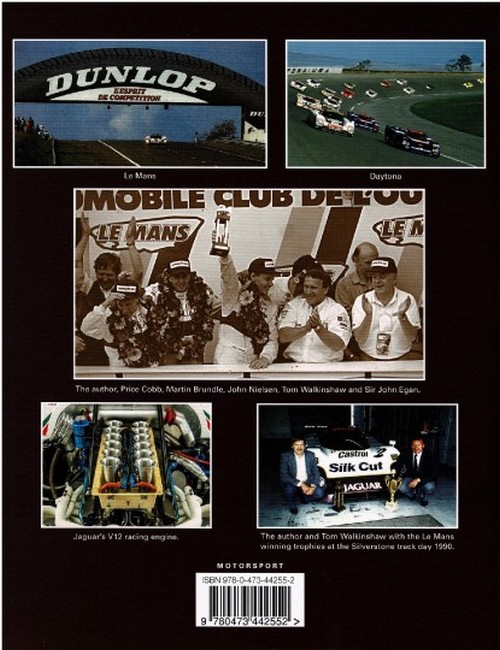 This is the authors third book in his series on Tom Walkinshaw Racing teams that cover his 15 years as Engine Division Manager and designer of that companys many race winning engines. After instigating the fledging TWRs teams beginnings in engine development as its sole engineer in 1979, TWRs Engine Division had rapidly grown in size producing successes for Mazda, Rover and Jaguar in saloon car racing. Jaguar then commissioned an engine development programme to allow TWRs entry into the highly competitive arena of World Prototype Sports Car racing, the author then developed the Jaguar based V12 racing engines to go up against Germanys undisputed world leader in sports car racing at the time - Porsche.

From those modest beginnings, TWR would bring about the end of Porsches World Sports Car domination that in the process took TWR and Jaguar to two World Championships and double victories in both the Le Mans and Daytona 24 Hour endurance events. This is the story of how it was done.