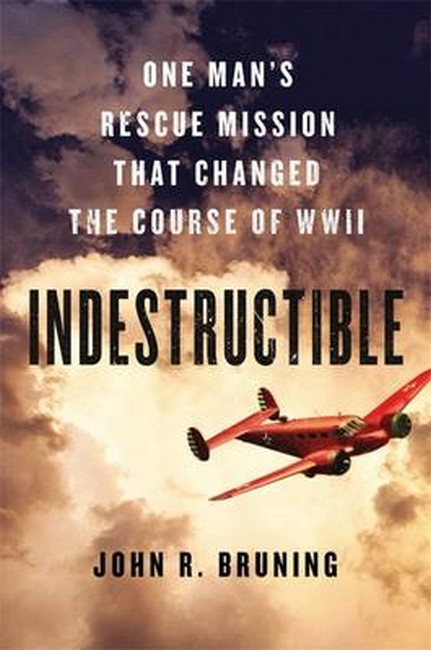 One Man's Rescue Mission That Changed the Course of WWII by Bruning, John R. Code: 47266 Format: Hardback / 288 pages Publication date: 27/10/2016 Availability: Available. Usually dispatched 1-2 business days Price: AU $56.00
When hostilities erupted in December 1941, Pappy Gunn was living in Manila with his family, working as a manager for Philippine Airlines. Unfortunately, when the Japanese finally marched on Manila the Air Force ordered him to fly key Army Air Force personnel out of the country. The order left him with the most important decision of his life, for he was already preparing to fly his family to safety. Whom would he take first? Unbeknownst to Pappy, MacArthur's staff deceived him by telling him he had time to do both. While he took off from Manila with his plane full of VIP's, the Japanese captured his wife and four children. Throwing them into the infamous Santo Tomas Internment camp, Pappy's family suffered through abuse, privation, disease and starvation. Betrayed by his own high command, and driven by guilt, fury and devotion to his family, Pappy Gunn spent the next three years trying to rescue his loved ones. His exploits became legend: He flew four times the number of combat missions of men half his age, extracting spies, sinking enemy ships, and building airfields under the nose of the Japanese. He revolutionized the art of air warfare in the process by devising his own weaponry, missions, and combat strategies. By the end of the war, Pappy's ingenuity and flair for innovation helped transform MacArthur's air force into the scourge of the Pacific.
Format: Hardback
Pages: 288
Availability: Available. Usually dispatched 1-2 business days
Publisher: HACHETTE
Publication date: 27/10/2016
Country of publication: UNITED STATES
Weight: 760 g
Dimensions: 231mm X 163mm
Code: 47266