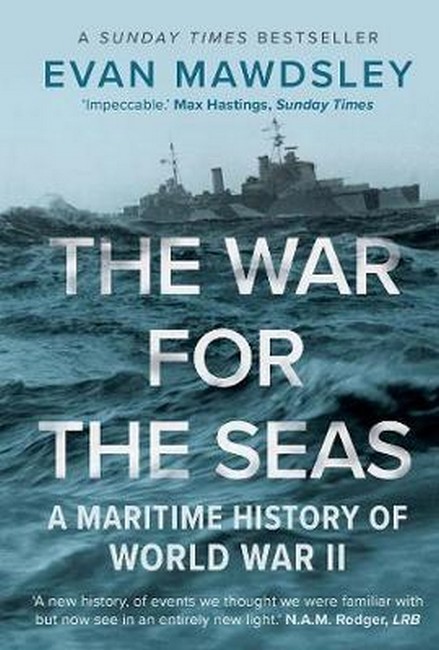 The War for the Seas

Command of the oceans was crucial to winning World War II. By the start of 1942 Nazi Germany had conquered mainland Europe, and Imperial Japan had overrun Southeast Asia and much of the Pacific. How could Britain and distant America prevail in what had become a "war of continents"?

In this definitive account, Evan Mawdsley traces events at sea from the first U-boat operations in 1939 to the surrender of Japan. He argues that the Allied counterattack involved not just decisive sea battles, but a long struggle to control shipping arteries and move armies across the sea. Covering all the major actions in the Atlantic and Pacific oceans, as well as those in the narrow seas, this book interweaves for the first time the endeavors of the maritime forces of the British Empire, the United States, Germany, and Japan, as well as those of France, Italy, and Russia.

Historian Evan Mawdsley was Professor of International History at Glasgow University. He is the author of December 1941, a Sunday Telegraph Book of the Year.