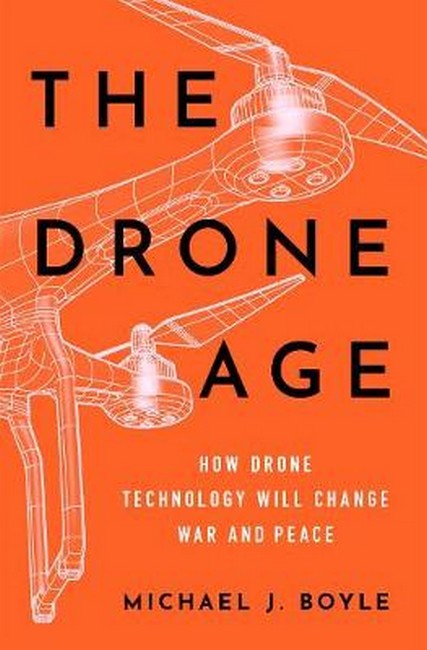 How Drone Technology Will Change War and Peace by Boyle, Michael J. Code: 58906 Format: Hardback / 336 pages Publication date: 01/07/2020 Availability: Available, please contact us for availability Price: AU $45.95
Over the last decade, the rapid pace of innovation with drone technology has led to dozens of new and innovative commercial and scientific applications, from Amazon drone deliveries to the patrolling of national parks with drones. But what is less understood is how the spread of unmanned technology will change the patterns of war and peace in the future. Will the use of drones produce a more stable world or will it lead to more conflict? Will drones gradually replace humans on the battlefield or will they empower soldiers to act more precisely, and humanely, in crisis situations? How will drones change surveillance around the world and at home? The Drone Age traces the rise of unmanned technology and how it is reshaping our world. The spread of drones is reordering geopolitical fault lines and providing new ways for states to test the nerves and strategic commitments of their rivals. Drones are also allowing terrorist groups like the Islamic State to take to the skies and to level the playing field against their enemies. Across the world, the low financial cost of drones and the reduced risks faced by pilots is making drone technology an essential tool for militaries, peacekeeping forces and even private companies. From large surveillance drones to insect-like micro-drones, unmanned technology is revolutionizing the way that states and non-state actors compete with each other and is providing game-changing benefits to those who can most rapidly adapt unmanned technology to their own purposes. Yet peacekeeping and humanitarian organizations are also utilizing drones too. An essential guide to a surprisingly complex disruptive force in world politics, The Drone Age shows how the mastery of drone technology will become central to the ways that governments and non-state actors seek power and influence in the coming decades.
Format: Hardback
Pages: 336
Availability: Available, please contact us for availability
Publisher: OXFORD UNIVERSITY PRESS
Publication date: 01/07/2020
Country of publication: UNITED STATES
Weight: 0 g
Dimensions: 235.00mm X 156.00mm
Code: 58906