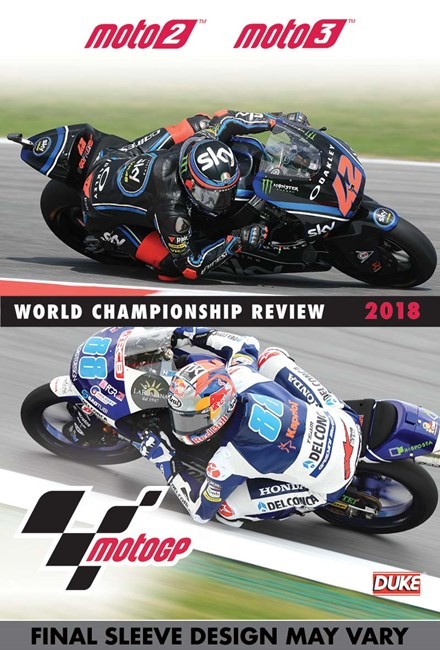 2018 saw more history made in Moto2 and Moto3, with both Championships full of changing momentum and battles that lit up the track from Qatar to Valencia.

In Moto2 it was Francesco Bagnaia vs Miguel Oliveira- and Kalex vs KTM - with some stunning races deciding the Championship,but it was far from a two-man battle.There were plenty of competitors that made it another stellar season, with Oliveiras teammate,Brad Binder and Bagnaias teammate ,Lucca Marini, in the mix,- as well as Alex Marquez,Joan Mir,Lorenzo Baldassarri,Fabio Quartararo and more fighting it our at the front.

Moto3 was even more dramatic as Jorge Martin vs Marco Bezzecchi- and Honda vs KTM- saw pendulum swing as drama hit almost every weekend.Finally the Spaniard emerged victorious in Sepang but the story wasnt quite over in terms of the standings  as a late charge from dark horse Fabio Giannantonio saw the Iatalian take second.But once again every race was a classic.