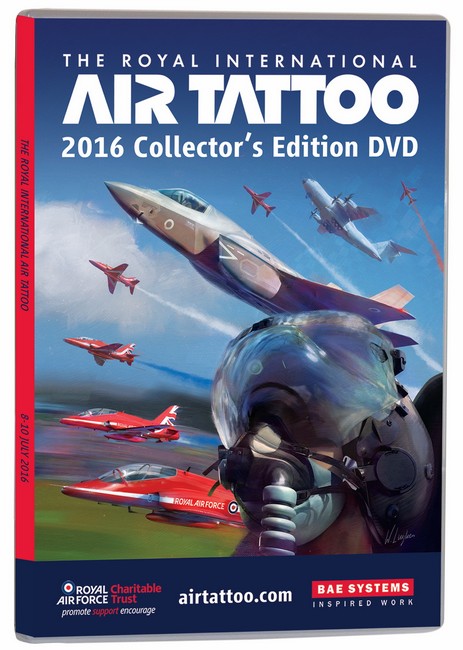 This 2 disc 6-hour long collector’s edition of the official souvenir DVD is a superb way to re-live the action from The Royal International Air Tattoo 2016.

Two soundtracks allow you to choose between listening to the commentary or just hearing the aircraft sounds throughout the programme.

Disc 1 includes a further 100 minutes of special features with arrivals and departures, an extended feature on the F-35B, a piece on the Chipmunk’s 70th anniversary and exclusive coverage of the very special royal visit by the Duke and Duchess of Cambridge with Prince George.

Disc 2 has another 2 hours of action including the remaining arrivals and departures, and extended in-cockpit features giving a sense of the full display routines from the pilots perspective of the Polish F-16 and MiG-29, Team Orlik and the UK debut display of the Croatian Air Force ‘Wings of Storm’ team.