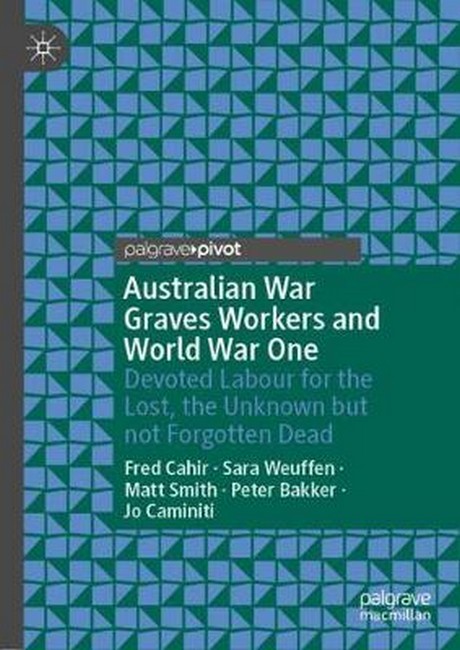 Devoted Labour for the Lost, the Unknown but not Forgotten Dead by Cahir, Fred Code: 57912 Format: Hardback / 143 pages Publication date: 23/01/2020 Availability: Future Publication. Pre-order now. Due date: January 2020 Price: AU $84.99
This book relays the largely untold story of the approximately 1,100 Australian war graves workers whose job it was to locate, identify exhume and rebury the thousands of Australian soldiers who died in Europe during the First World War. It tells the story of the men of the Australian Graves Detachment and the Australian Graves Service who worked in the period 1919 to 1922 to ensure that grieving families in Australia had a physical grave which they could mourn the loss of their loved ones. By presenting biographical vignettes of eight men who undertook this work, the book examines the mechanics of the commemoration of the Great War and extends our understanding of the individual toll this onerous task took on the workers themselves.
Format: Hardback
Pages: 143
Illustration: B&W THROUGHOUT
Availability: Future Publication. Pre-order now. Due date: January 2020
Publisher:
Publication date: 23/01/2020
Country of publication: ITALY
Weight: 0 g
Dimensions: 210mm X 148mm
Code: 57912